Literature / Son of a Witch 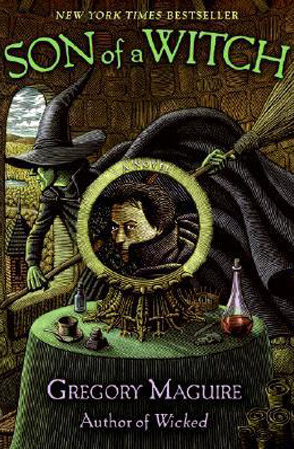 The second novel in The Wicked Years series by Gregory Maguire, Son of a Witch stars Liir, a mysterious man who may-or-may-not be the Wicked Witch of the West's son.
Advertisement:

The story continues after Wicked's. The Wizard of Oz has fallen from power and the two Wicked Witches have been killed by a child from another world. A woman finds a young man beaten and near death by the side of the road. The man is brought to the Cloister of Saint Glinda in the Shale Shallows where the Superior Maunt recognizes him as Liir, the young boy who left the Cloister with Elphaba a decade ago.

A Son of a Witch provides examples of: