Literature / Out of Oz 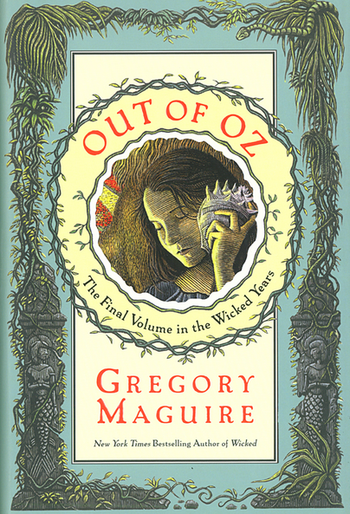 2011's Out of Oz is the final book in Gregory Maguire's The Wicked Years series.
Advertisement:

The book starts in 1906. Dorothy, now a teenager, is on vacation in San Francisco when the earthquake of April 18 leaves her trapped in a hotel elevator. Back in Oz, there is a war going on over the Restwater Lake. Glinda is held under house arrest due to allegations of treason. Most of Glinda's staff have been executed, but a few remain, including a strange servant child named "Rain".

Out of Oz provides examples of: