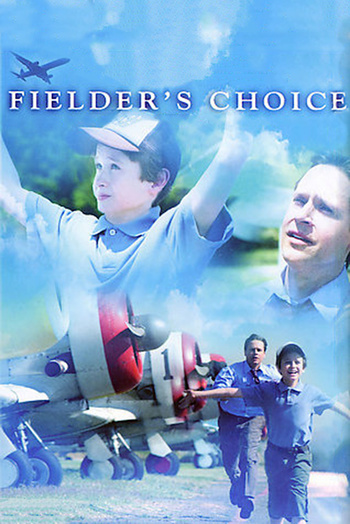 Fielder's Choice is a Hallmark Channel movie written by Scott Huebscher and Dan Roberts and directed by Kevin Connor that aired on June 18, 2005.

Philip Fielder (Chad Lowe) is a successful businessman working in advertising who hopes to receive a major promotion. While he's working on an important project, his sister Jill (Ellen Greene) shows up with her autistic eight-year-old Zach (K Sun Ray), asking him to babysit for the weekend while she attends an art show in San Diego. She dies in a car accident before she can return home, leaving Philip the sole caretaker of Zach. As Philip bonds with Zach, he learns about the importance of family, rekindles his relationship with his ex-girlfriend Holly (Marin Hinkle), and makes an important decision.