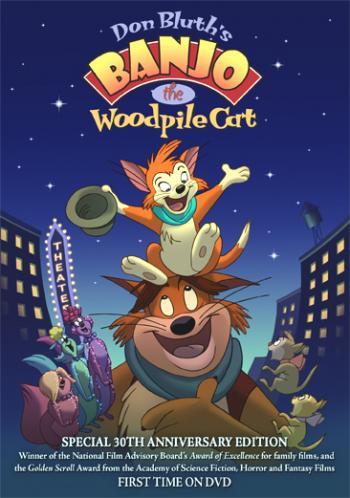 An all-but-forgotten but charming Don Bluth television special. It was his very first non-Disney production, and was essentially a test run for his newborn studio; though it was made before Bluth finally quit Disney. Originally conceived as a full-length feature film (but was cut short due to budget restraints), and later as a Christmas Special (which also didn't stick), the story tells the tale of a mischievous kitten who runs away from home and has adventures in the big city, but soon begins to get homesick for his family and deeply regret running away. With the help of some colorful locals, he eventually makes his way home again. The film can be considered an Ur-Example of a typical Don Bluth film, as it employs many of the same tropes that would resurface in his later works.

Details behind the making of the film can be viewed here

Watch it (in three parts) here,