Literature / after the quake 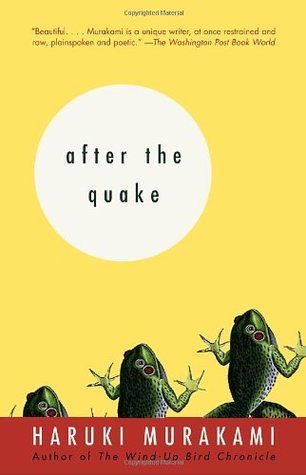 after the quakenote Note the lack of capitalization (Japanese: 神の子どもたちはみな踊る, kami no kodomo-tachi wa mina odorunote all god's children can dance) is a 2000 collection of short stories that take place after the Kobe Earthquake of Japan in 1995, by author Haruki Murakami.

The stories are "ufo in kushiro", "landscape with flatiron", "all god's children can dance", "thailand", "super frog saves tokyo", and "honey pie". All stories contain characters affected by the Kobe Earthquake in one way or another, and contain Murakami's trademark moments of the occasionally inexplicable.

The short stories contains examples of: