Literature / Against the Day 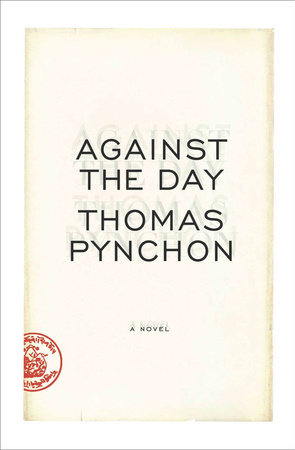 All investigations of time, however sophisticated or abstract, have at their base the human fear or mortality.
Advertisement:

Against the Day is a postmodern historical fiction novel written by Thomas Pynchon, published in 2006. Pynchon’s another take on magnum-opus (and fattest) novel followed by Mason & Dixon and Gravity's Rainbow. Set between the Chicago World’s Fair of 1893 and the outbreak of the First World War in 1914, charting the rise of corporate capitalism, the short life of the US anarchist movement and the construction of the modern military-industrial state – but doing so against a background of cowboy pastiche, dime-novel take-offs (long, long stretches take place aboard an airship crewed by the Chums of Chance, a gang of horny teenage aeronauts who talk like something out of Biggles) and dense Edwardian-era maths and science.

The novel zips about from Mexico to the North Pole, from Colorado to London, from beneath the arid desert sands to the ageless land of Shambhala above the clouds. Characters are often in more than one place at once, since the form of the book is as anarchist as its content. Against the Day is without doubt, the most intensely confusing of Pynchon’s mega-novels, in ways that were as long-winded as they were usually dogmatic.