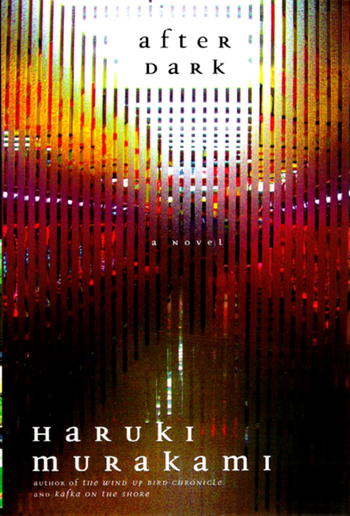 After Dark is a novel by Haruki Murakami. It was published in 2004.

After Dark takes place in Tokyo, from midnight until dawn. It tells the story of five characters: Mari, a nineteen-year-old girl; Takahashi, a trombone-player at an all-night practice session; Eri, Mari's sister who is in a deep sleep; a Chinese prostitute who has been beaten up in a Love Hotel; and a salaryman working late on a software project.

The story weaves through the thin line between dreams and reality, and in the early hours of the new day, both get even less discernible from each other.

The Novel provides examples of: