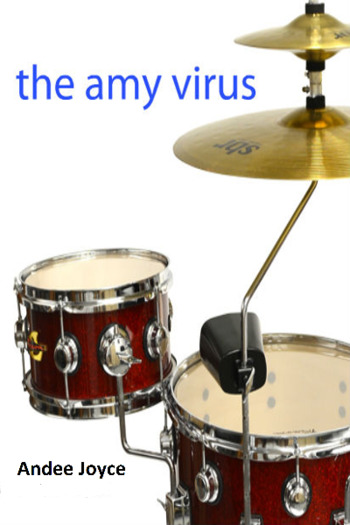 The Amy Virus is a novel by Andee Joyce. Fifteen-year-old Cynthia Ann Butt was diagnosed with autism as a young child, but she is now "in remission" thanks to the Good Brain Diet, a quack diet her parents make money promoting. But when she develops an obsession with the obscure 1960s bossa nova singer Amy Zander, she begins to realize she might still be autistic. Over time, she transforms herself into the singer, songwriter, and percussionist Cyan Beaut, but her parents (especially her Control Freak father) are not happy with her transformation and go to increasingly desperate lengths to hide the truth about her autism. In turn, this leads Cyan to go to increasingly desperate lengths to escape their control and become her own person.
Advertisement:

The Amy Virus contains examples of: