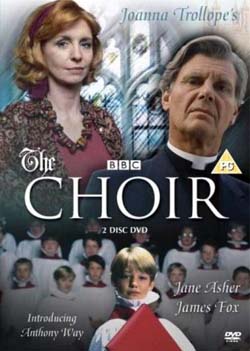 Joanna Trollope's 1988 novel explores the politics and personalities of a fictional cathedral and its choir. In the precinct of Aldminster Cathedral, crisis looms. After already spending a great deal of money on a restoration of the cathedral organ, leaks in the roof are discovered requiring a major and expensive renovation. Hugh Cavendish, the urbane and worldly Dean, wants nothing so much as to restore his beloved Cathedral - even if it means sacrificing the Choir School to pay for it. Alexander Troy, the school’s headmaster, is determined that nothing and no one - certainly not the overbearing Dean – shall destroy the Choir.

As the rift widens, many others are caught in the schism including Leo Beckford, the brilliant but wayward organist fighting off the unwanted attentions of Ianthe Cavendish, Dean Cavendish's rebellious daughter; Nicholas Elliot, an Old Boy down on his luck and searching for a purpose in life; the Bishop trying to soothe the angry protagonists without taking sides; Sally Ashworth, mother of the leading chorister, fighting loneliness and an absent husband; and Henry Ashworth, whose sublime treble voice may hold the key to saving the choir.

In 1995, the book was adapted by The BBC into a TV miniseries staring Real Life choirboy Anthony Way as Henry Ashworth and Nicholas Farrell as Leo Beckford.

This book and/or the miniseries adaptation thereof includes: