Literature / Anything But Typical 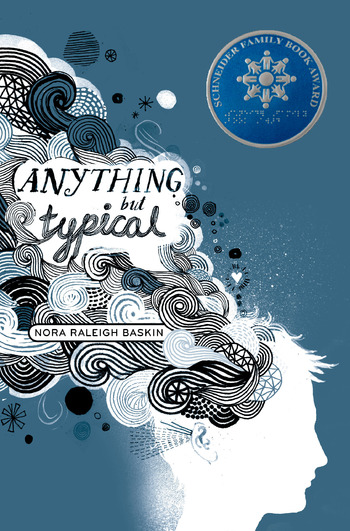 Anything but Typical is a 2009 middle grade novel by Nora Raleigh Baskin.
Advertisement:

Jason Blake is a 12-year-old boy with PDD-NOS. He struggles to navigate an overwhelming, confusing world, surrounded by people who don't understand him. It's only through writing that he can make himself understood. When a girl who goes by PhoenixBird leaves a positive review for a story he posted online, he hopes she can be his friend. But he worries that if they meet in person, she'll be put off by his differences.

Anything but Typical contains examples of: