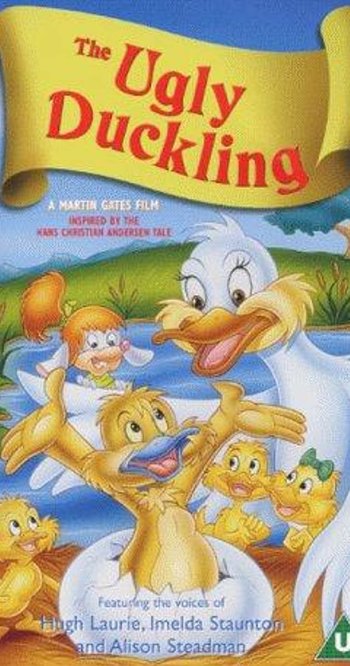 Unlike the classic story of "The Ugly Duckling", this version is quite different. In this version the ugly duckling named Augustus, runs away after being rejected from his home by many of the residents. The reason that they don't like him is because of his clumsiness and bad luck, which involves unintentionally hurting others or breaking toys. When two residents tell his mother that they should consider sending him away, it sends Augustus into a deep depression and he runs away from home. While on the road, he runs into a rat named Scruffy who runs away from her home as well because her parents didn't want her to follow her dreams.

The Ugly Duckling provides examples of: