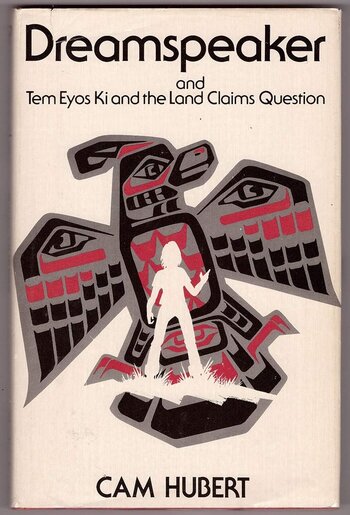 Dreamspeaker is a Canadian Novel by Anne Cameron written under the pen name Cam Hubert.

Peter Baxter is an 11 year-old boy who has never had a stable home life. He's been bounced from foster home to foster home, and at least one of his foster moms left him to starve and wouldn't take him to the doctor. Now he's in an Institution with a lot of other boys who don't really think much of him. He's also been haunted by some snake-like creature, which follows him everywhere he goes.

One day, Peter runs away from the Institution and hops a train to someplace far away. While running from the snake thing, Peter meets two First Nations men who take him into their home. This gives Peter, for the first time in his life, a family.