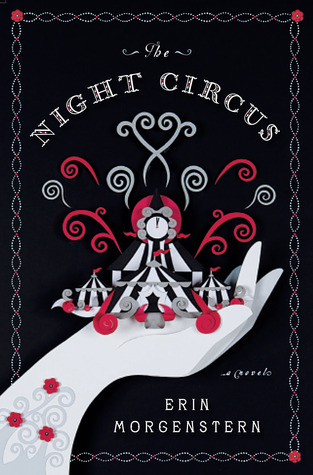 In 1886 a traveling circus became a sensation. Open only at night and constructed entirely in black and white, the Cirque des Rêves is almost literally a circus of dreams.

However, something strange is going on behind the scenes. Hector Bowen, better known as "Prospero the Enchanter", and Mr. A. H— have a game. Trained from a young age, their students Celia and Marco compete in a battle of imagination and will. The scene of their battle is the Cirque, and the game affects the lives of the patrons and performers alike. The only catch to the game? The competitors don't know the rules, they don't know how to win or when they'll win, and they don't even know who their opponent is (at first). All they know is the intimate sense of familiarity they get from one another with each breathtaking addition to the circus that pushes the boundaries of reality.

It is a clever allegory for a number of heavy philosophical themes, each of which seamlessly blend in the narrative.

Published in fall of 2011, The Night Circus is Erin Morgenstern's debut novel. The novel also was adapted into a web game

by Failbetter Games, the creators of Fallen London.