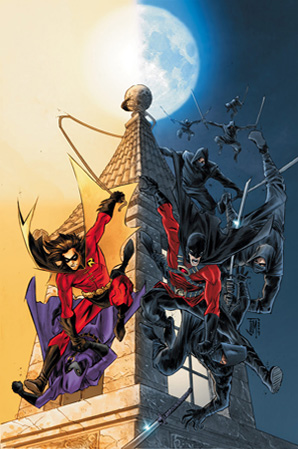 Tim Drake as Robin (left) and Red Robin (right)
"Look, I never wanted this for myself... but I wanted Batman and Robin back together the way they should be. And if Dick won't become Robin again... someone else has to!"
— Tim Drake, Batman #442

As the series went on, Chuck Dixon left the book and different writers came on-board. The first was Jon Lewis, whose short tenure on the Robin series built a stable relationship between Tim and Stephanie and had fondness for writing slightly sci-fi plots, which was jarring in a Batbook that focused more on street-level crime. Next was Bill Willingham, who forcibly retired Tim from being Robin after his dad found out his secret, and killed off Stephanie in the War Games crossover. Adam Beechen took over the series with Robin: One Year Later and had Tim leaving Gotham for a while and temporarily staying in Bludhaven with Cassandra Cain. Dixon then briefly took over the series between issues 170 - 174 to resurrect Stephanie Brown, but was promptly fired and replaced with Fabian Nicieza, who wrote the last arc in the series before it was cancelled in the wake of "Batman R.I.P."

After a brief hiatus, the Robin series was succeeded by Red Robin, written by Chris Yost and depicting Tim Drake's search around the world to find evidence that Bruce Wayne was still alive after cutting himself off from the rest of the Bat Family. He was approached by Ra's al Ghul's assassins, who were also interested in finding out what happened to Batman. After the resolution of this story, Fabian Nicieza took over as writer with issue 13. The series lasted for 2 years, being truncated by the New 52 reboot in 2011. With the reboot, Tim's backstory and personality were drastically altered, before DC Rebirth brought them back in the pages of Young Justice (2019). In the same series, he spent a brief period adopting a new identity as Drake before he found himself becoming Robin again in the wake of Teen Titans (Rebirth) Annual #2.

The Robin series provides examples of: 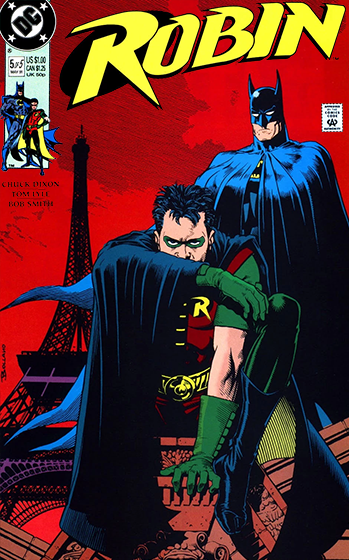 "Do you ever get tired? Do you ever wonder if what we do makes a difference?"
—Tim Drake

This five issue mini-series marks the first time any iteration of Robin has headlined in his own title, and was very successful spawning two more mini-series focused on Tim and an eventual ongoing title.

Tim sets out for Paris to train under the Rahul Lama, the last master of an ancient holistic Tibetan martial art that incorporates healing with self defense. While there he runs into a defected DEA on a personal mission of revenge and gets distracted from his training by a plot by the disgraced British nobleman and ganglord Edmund Dorrance, who goes by King Snake and is looking to unleash a biological weapon on Hong Kong. Lady Shiva throws herself into the mix when Tim joins forces with the former DEA agent, Clyde Rawlins, and inserts herself into Tim's time in France as Tim's new trainer once Tim is forced to help Clyde escape King Snake's Ghost Dragons. 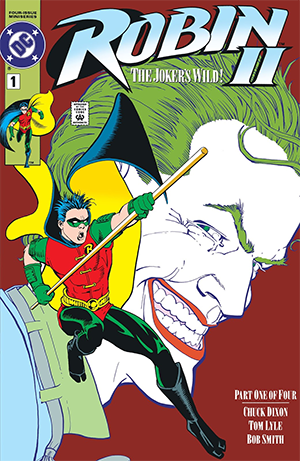 The second of the Tim Drake focused mini-series preceding his ongoing title.

Tim is the sole protector home in Gotham when the Joker breaks out again during a winter storm. As Joker hasn't seen nor heard of Robin since he killed the last one Tim is rather anxious about facing him, but quickly realizes Joker's latest plot in more in his own wheelhouse since Joker has been researching hackers. 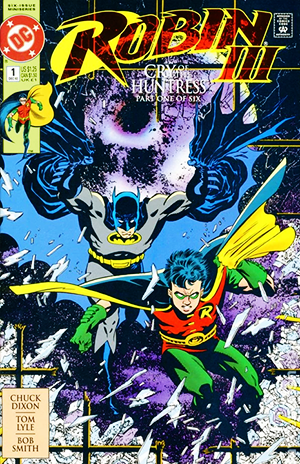 "I've gotten myself in deeper with every lie I've told. I know having a secret identity is kind of a lie in itself, but I didn't expect it to get this complicated."
—Tim Drake

While at Ives' birthday dinner Tim meets a girl his age named Ariana Dzerchenko whose father is threatened by the Hammer, a gang that's made up of criminals from the old Soviet Block. After his father forbids Tim from leaving the house and Bruce tells him to take a break as Robin to allay suspicions that have arisen due to bruising Tim instead disobeys them both because he has a hunch the Hammer are going to give the Dzerchenkos more trouble. Not only is Tim proven right but Mr. Dzerchenko is murdered and Ariana kidnapped by the Hammer later that very night despite Tim's attempts to save them.

While following the kidnappers Tim meets Huntress and the two agree to team up to prevent the Hammer's current plot. They both choose not to involve Batman who is unaware of the scope of what's been brewing across Little Odessa and Old Town and would disapprove of their actions since Batman doesn't care for Huntress' brutal methods and lack of compassion and Tim is only involved because he's disobeying Bruce's orders since Bruce brushed off Tim's concerns.