Comic Book / Batgirl and the Birds of Prey 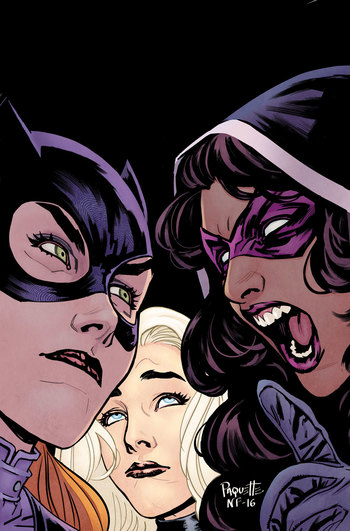 Batgirl and the Birds of Prey is a 2016 monthly comic book series that launched as part of the DC Rebirth branding initiative. It's a spiritual successor to both the Batgirl and Birds of Prey titles of DC. It's written by Shawna and Julie Benson, with art by Claire Roe.

The series features the iconic three-woman ensemble of Barbara Gordon (aka Batgirl), Dinah Lance (aka Black Canary), and Helena Bertinelli (aka Huntress). The three of them cross paths while chasing after the mysterious mob information broker known as Oracle.