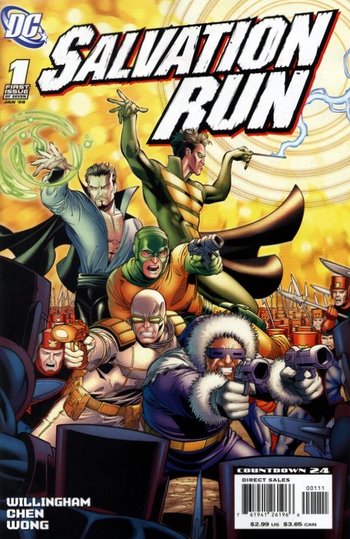 A tie-in comic to Countdown to Final Crisis, and Final Crisis itself, written by Bill Willingham.

The Government has taken all of Earth's supervillains and exiled them to another planet. Here they have to band together in order to survive the harsh environment, and the strange techno-biological creatures who seem intent on killing them. Among those sent are The Rogues after killing Bart Allen, the Secret Society of Supervillains after attacking a wedding, and dozens of others.

Tempers flare and lines are drawn between factions, as the battle to stay alive wages. Soon, the villains are divided into two factions, one to survive on the planet (led by The Joker) the other to find a way off (led by Lex Luthor).