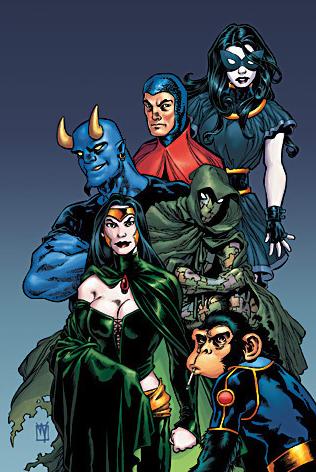 The Shadowpact is a DC Comics team that was introduced in the Infinite Crisis miniseries Day of Vengeance as a hastily assembled group of supernatural heroes banding together to stop The Spectre from destroying magic. Jim Rook coins the name Shadowpact, and a conversation between The Phantom Stranger and the wizard Shazam! reveals that there have been many magical teams by that name, and all have been failures.