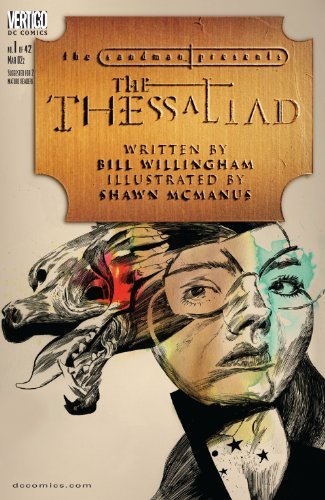 Cover to Volume 1 of 4.
The Thessaliad is a four-part Vertigo Comics miniseries by Bill Willingham and Shawn McManus. A Spin-Off of The Sandman, it follows Thessaly, last of the Thessalian witches, and Fetch, a composite ghost, as they attempt to outrun a group of ancient gods that have put out a contract on Thessaly.
Advertisement:

The miniseries was later followed up with a sequel, Thessaly: Witch for Hire.