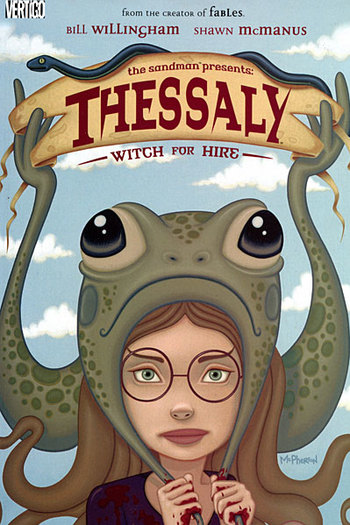 Thessaly: Witch For Hire is a four-part Vertigo Comics mini-series by Bill Willingham and Shawn McManus. A sequel to The Thessaliad, and a Spin-Off from The Sandman (1989), it features Thessaly, the murderous witch (and former lover of Dream) forced by the dimwitted ghost Fetch to take on a series of monster-killing contracts, including a contract on a Tharmic Null, a beast that is seemingly completely imaginary but is not only real, it's impossible to kill.