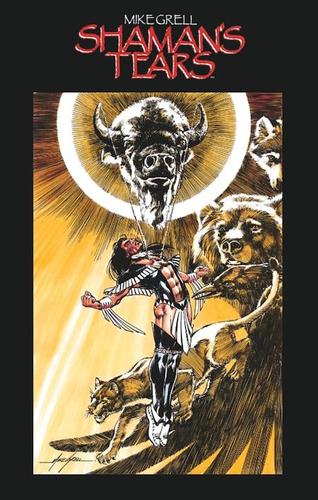 Shaman's Tears was a comic-book series created by Mike Grell and published by Image Comics.

The comic starred Joshua Brand, the son of a half-Sioux father and an Irish mother, who returns as an adult to the reservation he ran away from as a child. Discovering he mystically possesses the powers of all animals and the Earth itself, he becomes the protector of the planet.

The book often dealt with ecological and animal rights issues.