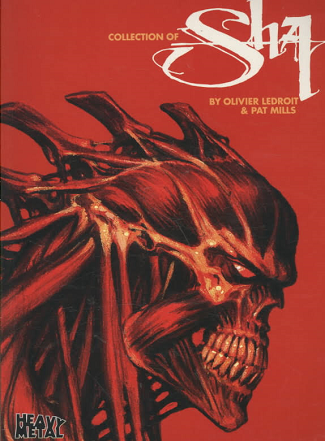 Sha is a Franco-British comic story written by Pat Mills and drawn by Olivier Ledroit, originally published in Heavy Metal.

In fourteenth-century Europe, Lara is burned at the stake by the Inquisition for being a witch. In the twenty-second century, her reincarnation is awakened by the protector spirit of all witches, Sha, to hunt down the demons-in-human-flesh who previously killed her.