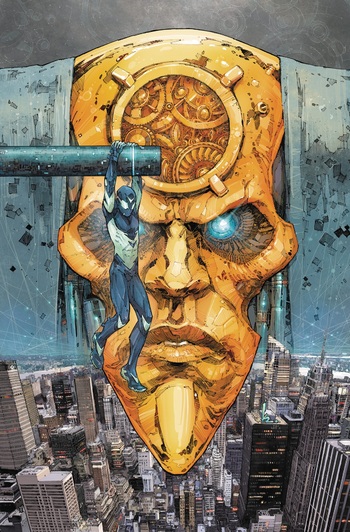 When disaster struck Gotham City, Ordinary High-School Student Derek James was separated from his mother and was later found by her, unconscious in a hospital filled to the brim with other injured survivors. Since the event, Derek's mother has become extremely protective of him, even insisting on picking him up and dropping him off right in front of school. Derek has no problem going out and getting some space, however, as the events that transpired in Gotham City left him with the ability to open portals to anywhere he knows of. He simply has to step through them. Derek commissioned a friend of his who knows how to sew to make him a costume, and now wants to become a hero and social media star. Live on his first stream, an interdimensional entity appears and threatens to kill him unless he stops using his powers.