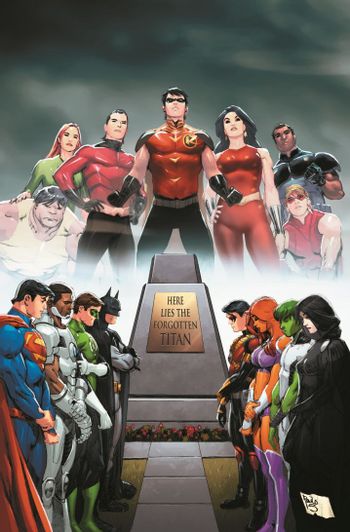 Spinning out of Convergence, Titans Hunt is an 8-issue comic book series written by Dan Abnett that will re-introduce the past history of the Teen Titans into the post-Flashpoint DC Universe. A young precog named Lilith has visions of a forgotten Teen Titans team, and the series will revolve around her quest to seek out characters such as Dick Grayson, Donna Troy, Roy Harper, and Garth.