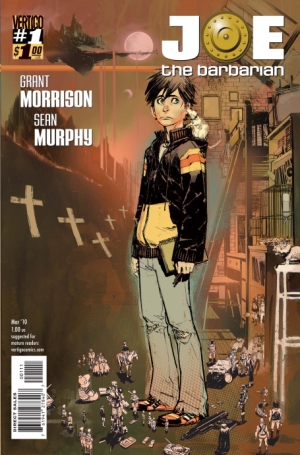 Joe is a boy with problems. His father died in the Iraq War, he's bullied at school, he suffers from Type 1 diabetes, and he and his mother are facing an impending eviction. His only solace is found in his pet rat Jack and his vivid imagination.

After bullies steal a candy bar that Joe needs to maintain his sugar levels, he began to hallucinate an entirely new world: one of soldier toys, cowardly wizards, nautical dwarves, and a prophesy that foretells the coming of "The Dying Boy". Their world is itself dying from the encroachment of a great darkness— one that seems strangely familiar to Joe.

With nothing but a zap gun and and his rat Jack— now a towering armored warrior wielding an enormous sword— Joe goes on a journey to restore light to the land and return to the world he knows.

Morrison stated that when writing the story they were aiming for a "real proper kind of 'Lord of the Rings,''Alice in Wonderland' all-ages story for today."