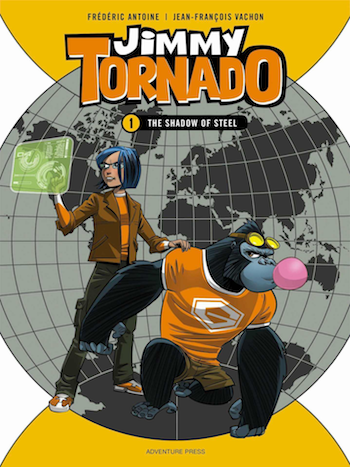 Jimmy Tornado is a French Canadian comic series written by Frédéric Antoine and drawn by Jean-François Vachon. It follows the globe-trotting adventures of the talking gorilla Jimmy Tornado and his human scientist sister, Guadalupé "Lupé" Tornado.