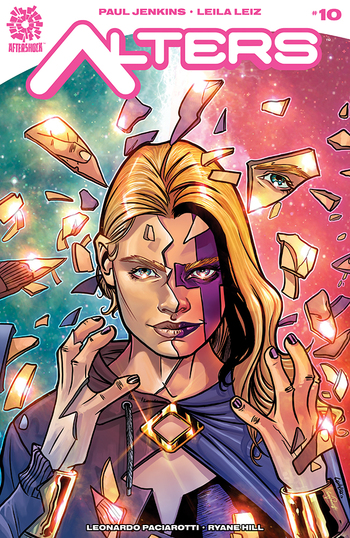 Charlie's family thinks that their son has a good, normal life. What they don't realize is that Charlie has two secret identities: One, Charlie is an Alteration, or Differently Powered Individual. Two, Charlie is a trans woman and starting hormone therapy to transition, and her alter ego—Chalice—represents the person Charlie knows she is.

Shortly after Charlie debuts, they are recruited by The Gateway Army, a group of superheroes dedicated to protecting people and helping other alters, whether by training them or protecting them and their family from the terrorist group led by Matter Man. Matter Man has demanded that all Alters join him, or perish.

This series began on September 2016, and is produced by Aftershock Comics.