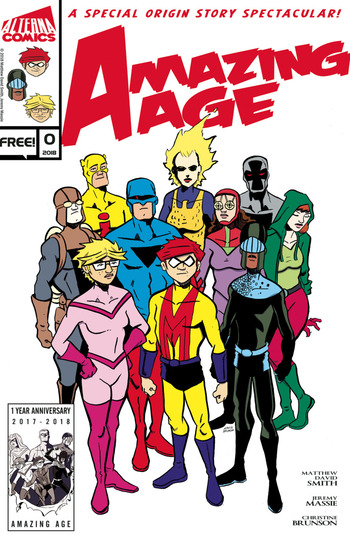 Amazing Age is a comic-book miniseries created by Matthew David Smith and Jeremy Massie. Originally published by Alterna Comics, it is now self-published through Saturday Comics.

As a child, Sam Charleston created his own comic books to amuse his friends Mike and Violet, as well as his father. But when his father died, Sam lost his passion for creating, and he and his friends drifted apart. Years later, they are forced back together when one of Sam's old comics appears and transports them to the world inside the comic, where they are forced to become their alter egos - Mr. Might, Black Knight, and in order to fight the evil Gee and his supervillain army.