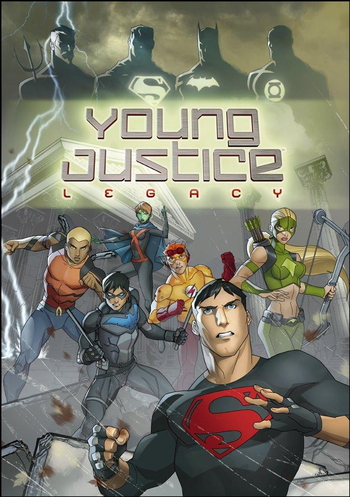 One Will Rise. One Will Fall. One Will Die.
— Tagline
Advertisement:

Young Justice : Legacy developed by Freedom Factory Studios and published by Little Orbitnote The game was distributed throughout Europe and the Middle East with assistance from Bandai Namco is a multiplayer action RPG video game tie-in to the animated series Young Justice. It takes places in the 5-years gap between season one and two.

Batman sends the Team in Greece to investigate the abduction of archeologist Helena Sandsmark. It turns out that the Light is using her to find artifacts of Babylonian origin.