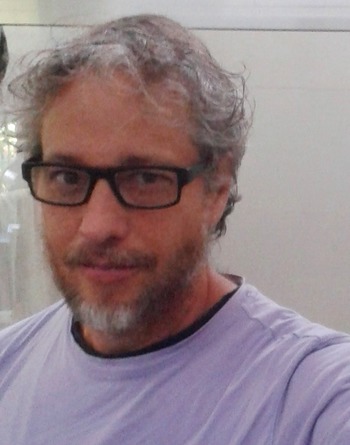 An occasional voice actor and radio host from Venezuela, Esteban Garcia (Born September 2, 1956) is well known in the Latin American dubbing industry for being the iconic voice for Superman's greatest enemy: Lex Luthor. With his deep, and to many, arousal voice, he gave Lex Luthor an iconic voice since Superman: The Animated Series, and still voices the character to this very day in every project the character appears. Note  With the exception of Static Shock, the video games and the movies, which are dubbed in Mexico.

Oh, and he also gave Nigel Tornberry a pretty good run on Tim Curry's voice. Expect a Badass Baritone from his part.

Has dubbed Lex Luthor in the following works: