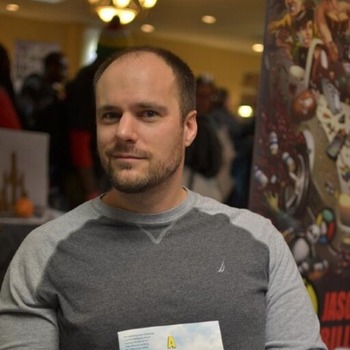 It’s not impossible. It’s just very controversial.
"In the CIA, the sort of thing you do is you pretend to be other people so you can get across borders, get into places they don't want you to know that you're CIA. And most of my colleagues (bless them) wore suits like this and very much like James Bond-ian kind of, cross as nice businessmen. And I would always cross as the supernerd comic book writer. I would go on an airplane, I would spill on myself, I would read comic books, I had graphic novels with me. I'd basically be me and they'd be like, 'That guy could never be CIA.'"
—Tom King during his interview with

After quitting the CIA and writing his debut novel (about superheroes, of course), King teamed up with Tim Seeley to co-write Grayson, drawing from his experience in espionage to add to the authenticity (which he ironically defied so Grayson is a Bond pastiche with hints of Jim Steranko's Nick Fury added for good measure). King was later responsible for rebooting the Omega Men, as well as another personal project called Sheriff of Babylon. While Grayson gave him marginal success, King's solo career was launched into stardom with the twelve-issue The Vision (2015), about the titular Avenger trying to start his own family while continuing work as a superhero. It's creepy.

The Vision receiving critical acclaim and his "Trilogy of Best Intentions" complete, King signed on to work exclusively for DC Comics and took on the role of Scott Snyder's replacement on Batman. What began from there was what King planned to be a one-hundred issue bimonthly epic that asked, "Can Batman be happy?" It got creepy. That 100-issue plan was scrapped in mid 2019 due to a variety of factors, but he would receive an opportunity to conclude his story in a maxi-series for DC Black Label, Batman Catwoman.

Spinning off from his Batman run WAS also the Crisis Crossover Heroes in Crisis, said to be a thematic sequel to the infamous Identity Crisis. It's...divisive, to say the least.

King was also set to co-write the screenplay for a movie about The New Gods together with its intended director, Ava DuVernay, as part of the DC Extended Universe, but the project was announced to have been cancelled in April of 2021, supposedly because Darkseid was going to appear in Zack Snyder's Justice League.

King's work is notable for tackling the psyches of his characters, darker leanings that hearken back to the 2000s, somewhat topical undertones, slow-paced rhythmic dialogue, Dissonant Serenity-brimmed stories and for implementing many of stylistic trappings of his own favourite authors — most notably Alan Moore and Frank Miller.

Tropes about him and his work: