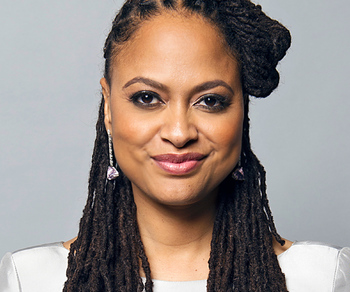 She is best known for directing the 2014 film Selma, based on the 1965 Selma to Montgomery march attended by Martin Luther King Jr., which received an Academy Award nomination for Best Picture and won Best Original Song ("Glory" by Common & John Legend). DuVernay herself also won a Golden Globe for Best Director.

Many (if not most) of her fictional works prominently feature women of color in lead roles. She is the creator of Queen Sugar, a drama series on OWN, and directed the 2018 film adaptation of Madeleine L'Engle's classic novel A Wrinkle in Time.

For the latter, DuVernay became only the second-ever woman (after Patty Jenkins) and the first-ever woman of color to direct a major motion picture with a budget over $100 million. She also directed an episode of Scandal ("Vermont is for Lovers, Too") in 2013, and the Jay-Z music video "Family Affair". In 2022 she created the DC Comics-inspired series Naomi on The CW, which was abruptly cancelled almost immediately after its first season ended.

In addition to her narrative films, DuVernay is also a prolific documentarian. Most notably, her 2016 Netflix documentary 13th was both nominated for an Oscar & the winner of an Emmy.