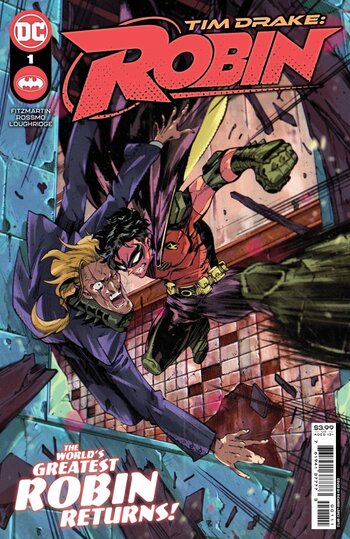 The third of Tim Drake's solo ongoing series following Robin (1993) and Red Robin, and second in which he's using the costumed name of Robin. The first arc continues a literary themed mystery started in the final pages of the DC Pride: Tim Drake Special.

Tropes in this webcomic: