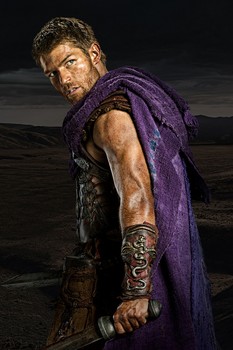 "Forge your own path, or join with us, and together we shall see Rome tremble!"

Spartacus (real name unknown) is a Thracian warrior who becomes a famous gladiator in the arena, later to build a legend upon himself during the Third Servile War. For the first season, he served as a gladiator in Batiatus' Ludus under the direction of Doctore and rivaled the then-Champion of Capua, Crixus. Later, he and many of the gladiators broke free from captivity and began an armed rebellion against Rome. 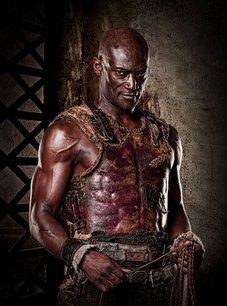 "It is never an easy thing to see a friend once loved, now absent breath."

Oenomaus is the gladiator trainer in Batiatus' Ludus, traditionally referred to only by the title of "Doctore". At a young age, he was recruited into the ludus by former lanista Titus Batiatus, whom he came to see as a father figure. After the downfall of the House of Batiatus, Oenomaus believed he had lost his purpose in the world and retired himself to die in The Pit. However, with the help of Spartacus and the other Rebels, he eventually finds a new purpose and joins the Rebels' cause, quickly being recognized as a mentor. He was married to Melitta before her death. 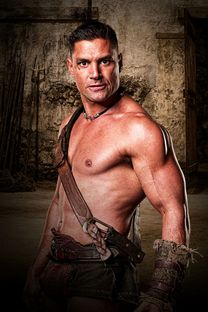 "I will not die a faceless slave forgotten by history."

Crixus is the former Champion of Capua, introduced into Batiatus' Ludus as a slave desiring the life of a gladiator, whom eventually fights his way up to become one of the top gladiators of the ludus. During the arrival of Spartacus in Blood and Sand, Crixus is seen as champion and becomes the lover of Naevia. 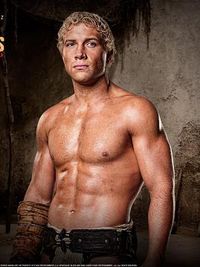 "Live...and see my family provided for...And know I would have done the same."

Varro is a gladiator in the house of Batiatus. He was once a free Roman man, but voluntarily became a gladiator in Batiatus' ludus to pay off his momentous gambling debts. He rose from being a common recruit to becoming one of the more formidable gladiators in the ludus. Varro is the husband of Aurelia, father of Janus, and a friend to Spartacus. 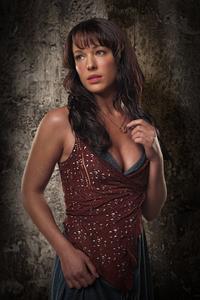 "If you go to war you are destined for great and unfortunate things."

Sura is Spartacus' Thracian wife and inspiration, tragically taken from him after he deserts from the Roman auxiliary by his most hated enemy, Gaius Claudius Glaber. 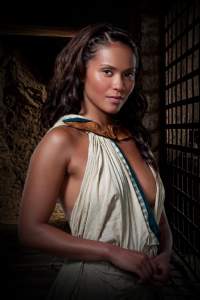 "You were right. It is no easy thing, to cleave a man's head from his shoulders in one blow."

Naevia is a former slave in the House of Batiatus, owned by Lucretia, who later becomes Crixus' love interest. She is banished from the Ludus after their love affair is discovered. She is eventually found by the Rebels, and joins their cause alongside her lover. 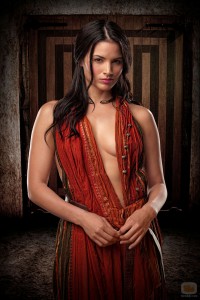 "I am not the past. I stand beside you now."

Mira is a former house slave serving Lucretia in the House of Batiatus. She helps Spartacus during his uprising, becomes a fighter, and later becomes his love interest during the beginning stages of the Third Servile War. 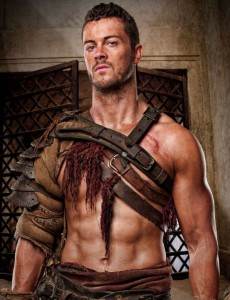 "It is a heavy thing, to rob a man of life. Less so that of a Roman shit."

One of the later recruits to Batiatus' Ludus, Agron is a skilled fighter and one of Spartacus' chief lieutenants during the rebellion. Never having been fond of the Romans in the first place, Agron harbors a visceral hatred towards the Romans ever since he lost his brother Duro during the upheaval at Batiatus' ludus. Agron is fond of and loyal to Spartacus. After the death of his brother, he goes on to become the lover of Nasir. 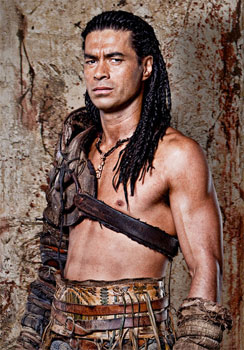 "...But you know of my affection of delicate things."

He is one of the top gladiators in Batiatus' Ludus, becoming famously known as the Beast of Carthage after (reputedly) defeating his father Mago in the arena. He is the lover of Auctus, and later Pietros. 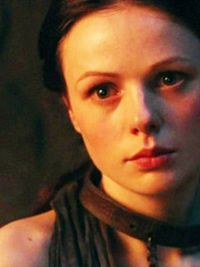 "He was not a perfect man; but he was mine! He was mine!"

Aurelia is a Roman woman and wife to Varro. She becomes a slave in order to pay off her late husband's debts, but is later freed during the revolt. Spartacus then sends her away, although with unexpected consequences.

Medicus is the devoted and skilled doctor for the House of Batiatus, tending the injured Gladiators after their many battles. 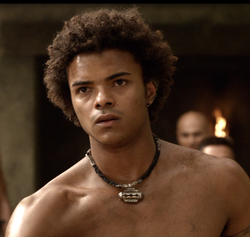 "Which direction shall we travel and how far?"

Pietros is a slave in Batiatus' Ludus, serving the gladiators and as Doctore's assistant of sorts. He is the lover of Barca.

"I would rather die before I kill my own brother!"

Duro is a Germanic gladiator serving in the ludus of Batiatus. His brother, Agron, also serves Batiatus as a gladiator.

"Spartacus is a man to be held as an example. The slave ignites the arena. One day the flames shall set him free."

Segovax is a Gaul slave bought by Batiatus in the markets to train in Batiatus' Ludus and was put under Illithiya's patronage. 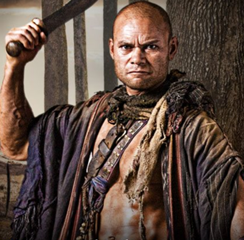 "Varro, the dice call your name!"

Rhaskos is a gladiator in Batiatus' Ludus. He joins Spartacus and the other freed slaves in seeking vengeance, and becomes one of the more prominent rebels.

"He will be missed. Especially his lips on my cock."

Gnaeus is a Dacian slave and gladiator in the house of Batiatus.

Rabanus is a Sardinian rebel and former gladiator in the House of Batiatus.

The Veteran is a Greek slave and former gladiator for Batiatus, and later a rebel under Spartacus' command.

"This is where gladiators sleep, not dogs!"

Hamilcar is one of several gladiators in Batiatus' Ludus.