Characters / Spartacus Blood And Sand Protagonists Gods Of The Arena 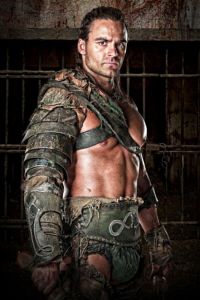 "There are many things given to us in this life for the wrong reasons. What we do with such blessings, that is the true test of a man."

Gannicus serves as champion in Batiatus' Ludus throughout the events of the prequel, Gods of the Arena, until his departure upon earning his freedom in the aftermath of the Games of the New Arena. He later returns in Vengeance initially as an acquaintance to the rebels, criticizing their cause against the Roman Republic, though he ironically becomes a rebel himself for the sake of his closest friend, Oenomaus. 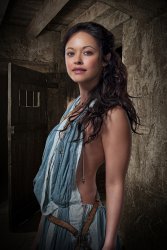 "Some acts cannot be avoided when stripped of choice or clothes."

Melitta is the wife of Oenomaus and servant in Batiatus' Ludus, serving as Lucretia's body slave.

"I pray that the next man I am forced to lie with will take my life."

Diona is one of many slaves who serves Batiatus and Lucretia. She is a close friend of Naevia. 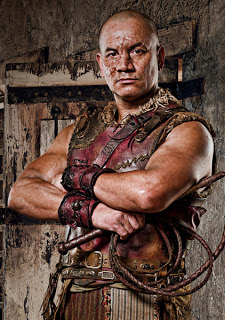 "Hubris: a fine quality, often possessed by cunts who perish from it."

Ulpius was the Doctore of Batiatus' ludus before the title was passed on to Oenomaus. He is said to have held the position even during the time of Titus Batiatus.

Dagan is a Syrian slave and gladiator in the House of Batiatus. 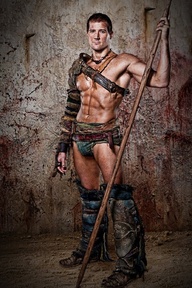 Auctus is a gladiator in Batiatus' Ludus and former lover of Barca.