All the Flank Champions for the videogame Paladins

Faction: None (currently), The Magistrate (formerly) 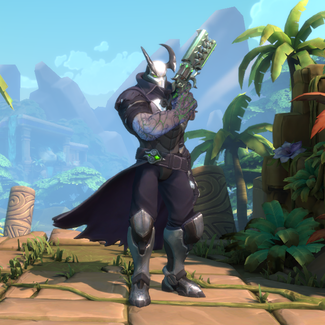 Death awaits you all!

"Tread lightly, for this is hallowed ground!"

A former partner of Lex, cursed with an eternal hunger for souls after killing a goddess.

Death awaits you all! 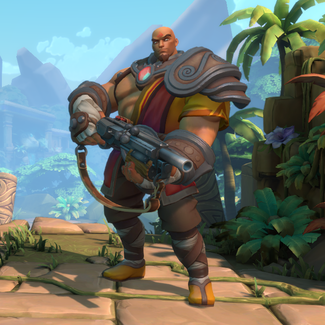 Here's the wind up!

"I'm here to kick butt and chew bubblegum! ...And properly dispose of the gum in a designated waste container."

A massive monk who wields a shotgun and can leap great distances to get in range. On top of being a monk, he also has experience as a thug and soldier. 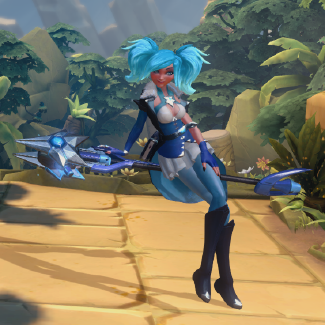 "Come watch the great Evie take down all the people SHE HATES!!! *giggle* Not you, of course."

A sorceress who was exiled from her home village after sealing a frost elemental inside a gemstone. 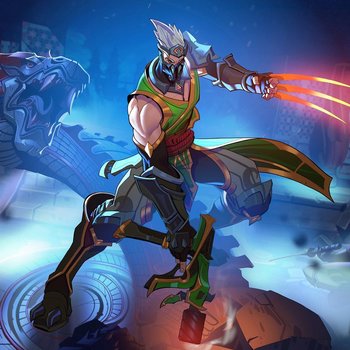 "Will I find a worthy opponent? The anticipation is killing me!"

A former street urchin who was recruited, and then betrayed, by Zhin of the Thousand Hands Guild. Now he fights alongside the Paladins for revenge.
Koga's Abilities (Normal stance):

The Hand of Justice 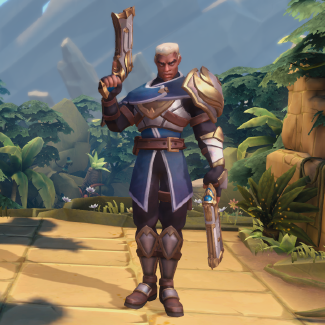 Noone escape the law!

"Malevolence is like a sickness, and I am your attending."

A lawman who keeps order through his big handguns. 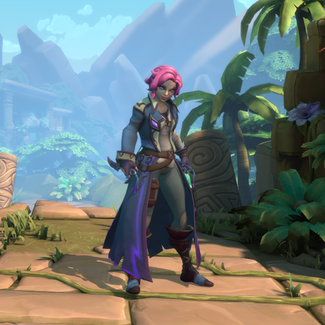 A young thief with the prowess of a cat. 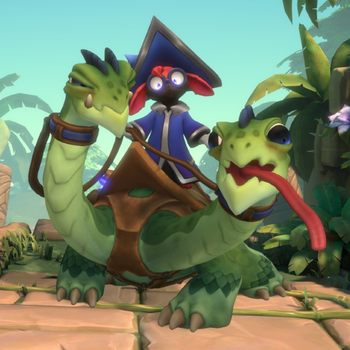 A creature from the forest, fighting with her own magic and the abilities of her mount to end the war that's destroying her homeland.
Moji's Abilities: 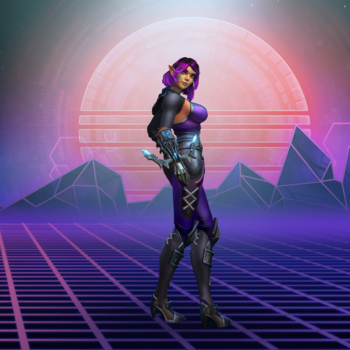 An assassin who works for the Magistrate in order to satisfy her lust for violence. 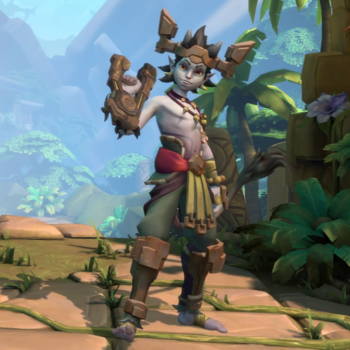 "Sometimes, you have to fight for something you believe in!"

An energetic young humanoid who wants to prove that his kind are good people. 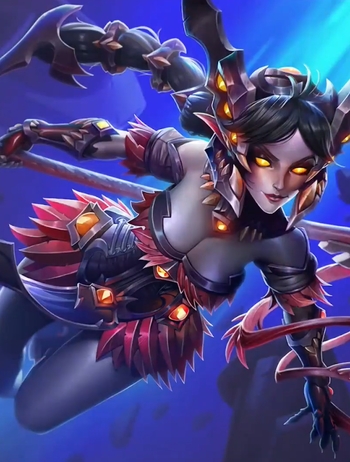 "Forsaken by our goddess... Slaughtered in a war that was not our own... The people of the Shattered Desert were lost to history with no one left to tell their tale! Heh, or so it is thought..."

An upcoming Champion releasing on October 2020 in Patch 3.05. 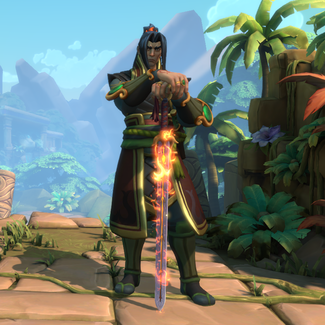 "The Thousand Hands operate without mercy or hesitation. Expect neither from their master."

A serious, ruthless, grim swordsman, leader of a group of criminals called the Thousand Hands guild.