All the Frontline Champions for the video game Paladins. 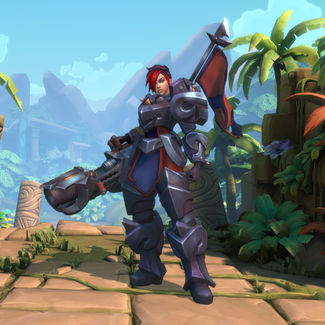 "I'm leading this vanguard. So if any of you f[censored]ers have anything to say, now is the time."

A vanguard leader who loves to stay in the fight.

Ash's main weapon is a Burst Cannon that fires out fast-moving projectiles that explode either upon impact or after they travel a short distance. Her first ability is Kinetic Burst, causing her next Flak Cannon shot to apply a large knockback to all targets that get hit. Her second ability, Siege Shield, is a mobile, deployable shield drone that slowly rolls forward, carrying the shield with it. Her third ability, Shoulder Bash, has her ready herself for a moment before launching herself forward at incredible speed over a large distance, stopping if she collides with an enemy champion, who will then be heavily knocked back. Her ultimate ability is Assert Dominance, where Ash leaps into the air, pulling the flag off her back and planting it into the ground where she lands, dealing damage to all enemies she lands on. The flag persists for a long time, and as long as Ash is within the flag's radius, she is totally immune to all damage, but not to crowd-control.

Man Out of Time 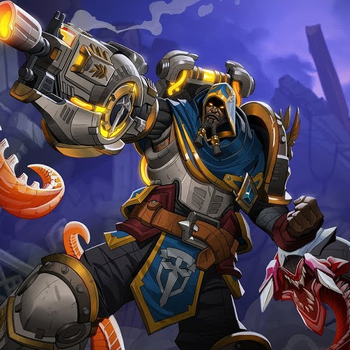 You're out of time!

A Man out of time that has travelled to the past to save the future. 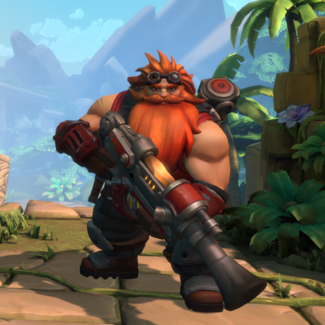 A dwarf who places both turrets and shields. Unlike most turret specialists, his role is to stake out territory on the front line, not camp in the back. 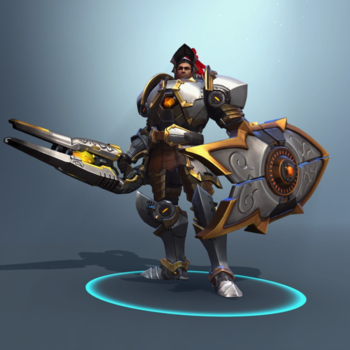 I will not die! Not yet, amigo!

An amorous Spanish knight whose anachronistic outfit masks the fact that he wields a flamethrower and high-tech energy shield.
Fernando's abilities: 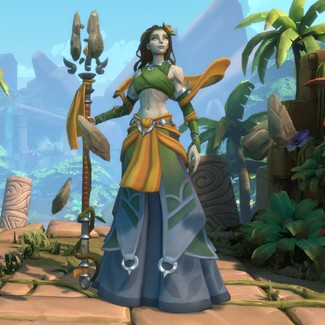 You are not welcome here!

"This place was once peaceful, and it shall be so again."

A stone-skinned woman with the power to bend the earth to her will. She strives to be the guardian of the wild and doesn't take kindly to those who defile it.
Inara's abilities:

Her champion teaser can be seen here 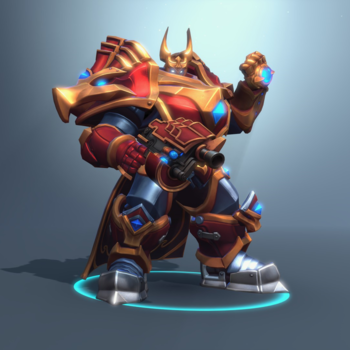 "The price of greatness is duty!"

The imposing bodyguard and advisor of Lian.
Khan's abilities: 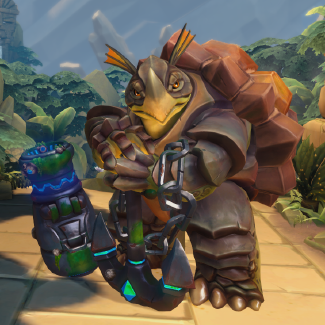 "The seas and the rivers look to me for protection."

An old, bipedal turtle with a maritime cannon and anchor hook. He proclaims himself the guardian of the seas and seeks to end the wars of the land dwellers.
Makoa's abilities:

Rage of the Abyss 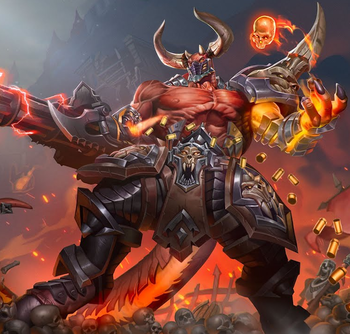 "No Man can control the Abyss!"
A war-torn creature from the Abyss, who seeks to harvest souls from the living, while killing everything in his path.

His champion teaser can be seen here

The Worst Of Friends 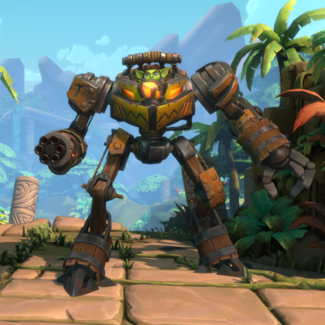 Bringin' out the big guns!

Ruckus: "Time to destroy our enemy!"
Bolt: "I'll be impressed if you know which direction to go first." 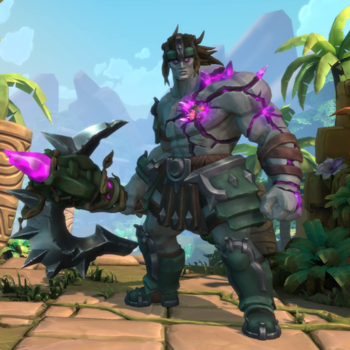 "The Magistrate commands, I eradicate!"

A relentless, hulking, unliving warrior of the Stagalla who carves his way through the battlefield. The Magistrate has brought him back as a powerful slave to follow their commands. No one knows why Terminus follows the Magistrate's orders, but Terminus has one wish: to be free.
Terminus' abilities: 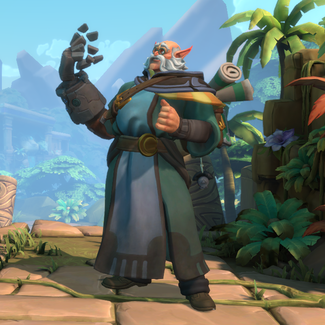 An eccentric old elf who constructed a huge magical gauntlet from the runes he found on his travels.
Torvald's abilities: