All the Damage Champions for the videogame Paladins 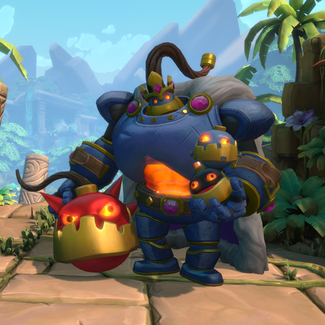 Give your king a big hug!

A royally explosive robot who specializes in throwing bombs. 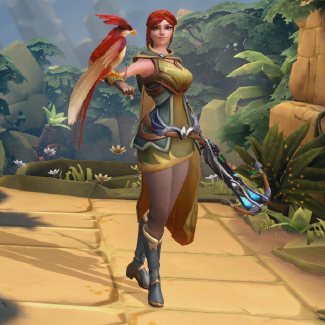 "Elbow out, shoulders back, wrists loose. Find your mark, and just breathe."

An agile woman who wields a crossbow. She is accompanied by a bird called Zigs.

Admiral of the Abyss 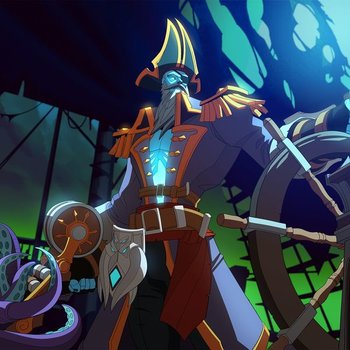 "No crew ever mutinied on me. None that still be breathin'. Ahahahaha!"

An undead pirate who was reanimated by the Abyss. 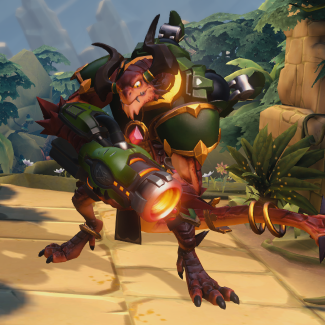 A bipedal dragon with a jet pack and rocket launcher. His obsession with gold drives him to fight for even the smallest amount.

Faction: The Paladins, The Pyre 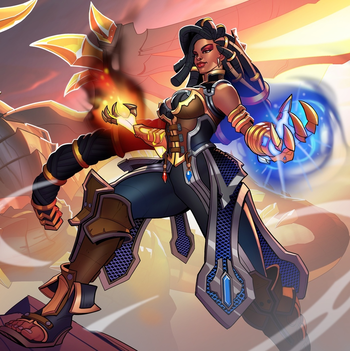 "I am Imani, last of the Warders and guardian of the realm. I swear, those who would seek to harm you shall suffer a dragon's judgment."

Imani uses a stance system where she either uses ice or fire magic depending on her stance. 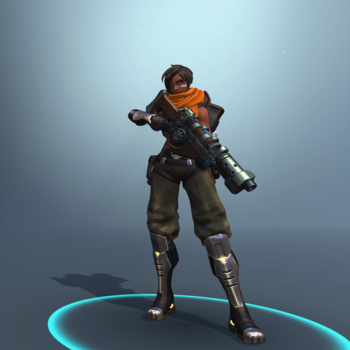 A young woman with a weapon doubling as a sniper rifle and short range carbine. 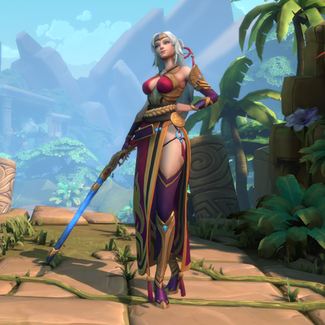 "I was born a warrior. You want to test me?"

A scornful noblewoman of House Aico, carrying herself with grace and contempt in equal measure, leading her men to battle to reclaim her house's glory.

Winning a match "Just wait til' Neil gets here. Then you'll be even more sorry you stepped foot on my beach."
Sha Lin 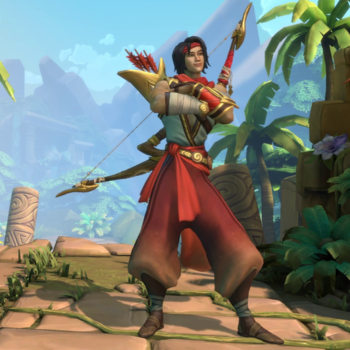 "My arrows strike true, as they shall learn!"

A cocky archer with a deceptive set of abilities. Obviously hailing from the desert area and has affinity with its wind, allowing him to go invisible with it. 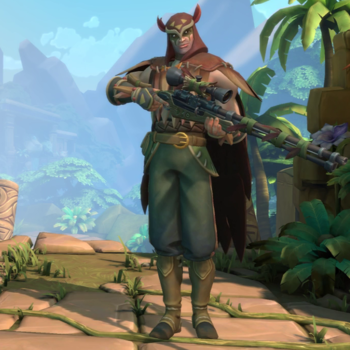 "Many men wish death upon me."

An old sniper who mentored Kinessa and fought alongside Viktor back in the day.

His champion teaser can be seen here 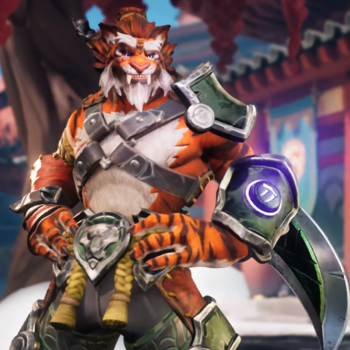 "Ah, none have master every blade in the Tigron arsenal as I have, and NONE have such style, huh?."
A Legendary weapons master who uses swords and blades to his advantage. 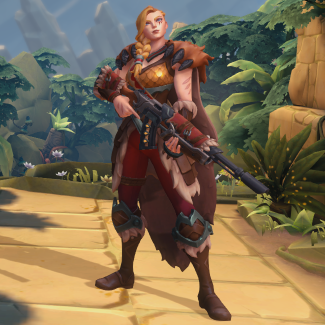 "The Gods are watching, our blood is rushing, and the hunt... is on."

A wild huntress who hunts great beasts with her battle rifle. 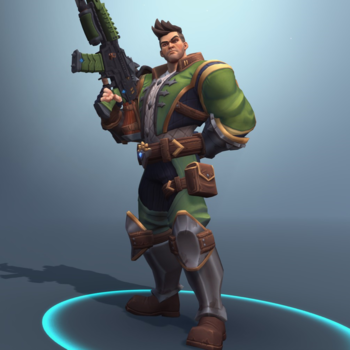 An aged soldier armed with an assault rifle and grenades. 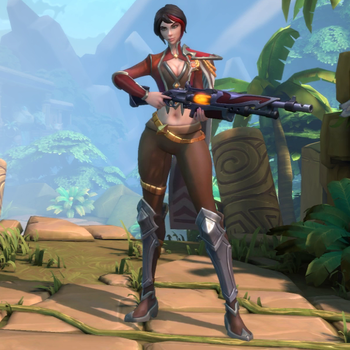 Have you met my friends?

"In the end, I will reign supreme"

A conniving security chief for the Magistrate who has her own plans to gain power.

Of the Summer Court 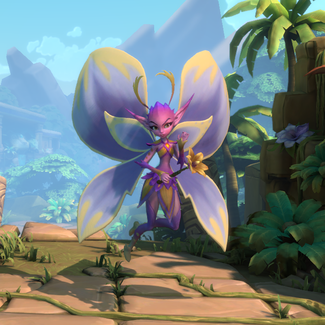 Reach for the sky!

"Mmm, time to stretch my wings!"

A mischevious little fairy with a deceptively strong wand.