All the Support Champions for the videogame Paladins 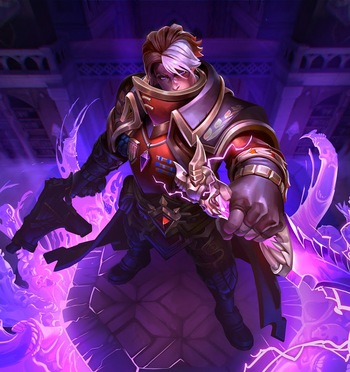 Behold! The power of the Abyss!

The son of the Magistrate's leader Karne, who wishes to use the power of the Abyss to defeat the Resistance and bring peace to the Realm.
Corvus's Abilities:
Corvus's Talents:
His champion teaser can be seen here

The Angel of Vengeance

Faction: The Paladins, The Pyre 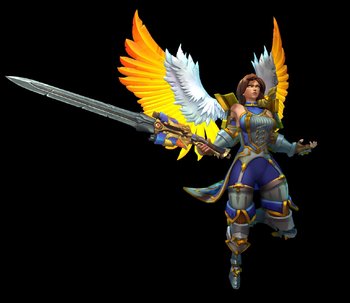 "I am the protector of the innocent. I am the flame in the darkness. I. Am. Vengeance!"

The angel Furia was formerly a human woman named Sarah. She and her sister Abby lived in the village of Seris, which hid something terrible: a portal to the Abyss, demanding sacrifices. When Abby was chosen by the Magistrate as a sacrifice, Sarah prayed to the Eternal Pyre for the power to fight back and save her sister, and she was transformed into the angel Furia.
Furia's Abilities: 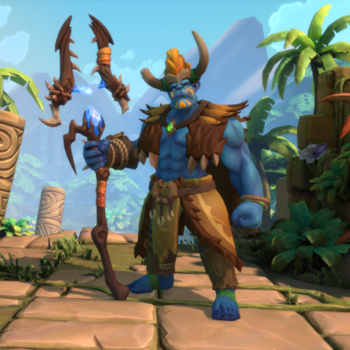 "It's not easy being blue, but it's worse to be you! HAHAHA-*cough cough*"

An orcish shaman who smites foes with lightning and heals allies by placing totems. 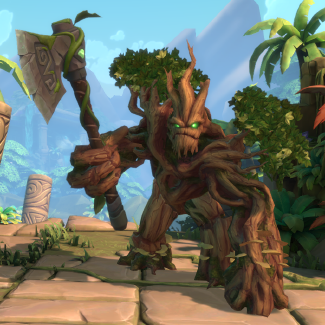 "Good morning! Time to get up! This forest needs our protection. Hehehehehehe..."

A mobile tree with massive healing capability and an endless supply of giant throwing axes. He also used to be ridden by a Roman god as said god fought other gods. 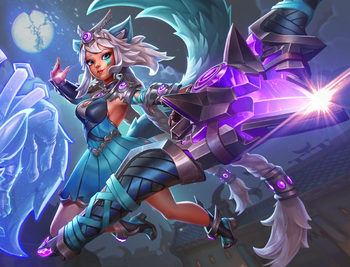 A Moon goddess who fights alongside her companion; Luna.
Io's Abilities:

Io's talents:
Her champion teaser can be seen here 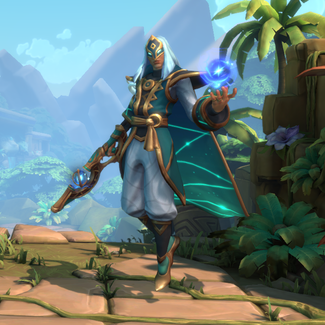 Step into the light....and perish!

"You bring war to my doorstep. I bring destruction to yours."

Jenos Was Once a Man who looked to the stars for answers... And found them. 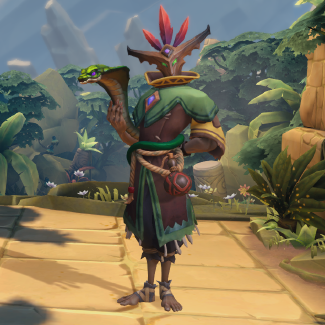 A somewhat sinister witch doctor who has been chosen as Wekono's champion, granting him great powers. 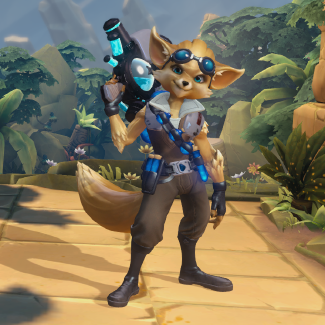 A fennec fox who carry an explosive supply of potions for both harming their enemies and healing his allies.

Oracle of the Abyss 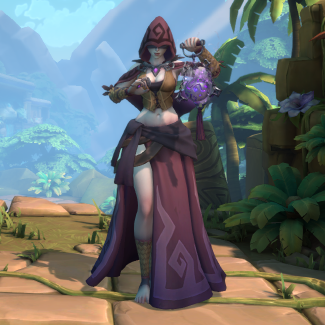 "Sight beyond sight, life beyond death. I alone traverse the Abyss."

A dark and mysterious seer who harnesses the power of the Abyss to heal and destroy. 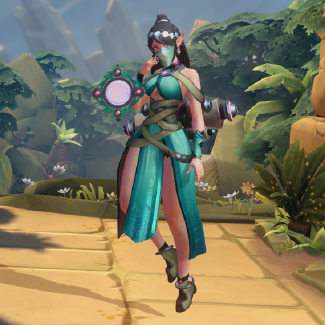 "If you need help, don't hesitate to ask!"

A young woman who specializes in illusions and healing. She's very friendly.