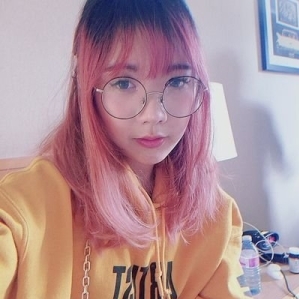 LilyPichu (real name: Lily Ki, born November 20, 1991) is a gaming YouTuber and Twitch streamer that plays a variety of games with friends, including League of Legends and Minecraft.

Her videos include highlights of her streams, covers of songs, and shortened lore explanations for various series (including League of Legends, Overwatch, and several anime). She is an artist as well and likes to pepper her videos with cute scribbles and drawings. She was also involved in "Katawa Seiyuu", a fan-project of Katawa Shoujo.

In 2017, she joined the content creation group and household Offline TV

along with other internet gaming personas (including well-known Hearthstone: Heroes of Warcraft content maker Disguised Toast). As a group, they often stream themselves hanging out and playing games together. As of 2020, she's in a relationship with fellow OfflineTV member Michael Reeves.

In 2022, LilyPichu announced that she would be moving to YouTube Gaming

becoming the first OfflineTV member to do so.