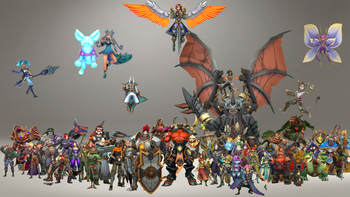 These are the characters of Paladins. They fall under the following categories:

Tropes shared by many or all of the Champions