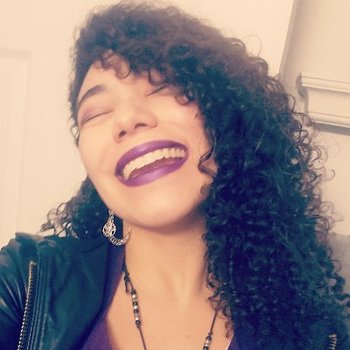 Tiana Camacho was born and raised in Brooklyn (Coney Island), New York where she excelled in creative pursuits such as poetry, prose and singing since childhood, often performing in school plays and as a regular member of glee club and choir.

She is an alumna of an extremely supportive Meisner-based theatre curriculum at Binghamton University which included Linklater vocal coaching. Since then, she broke into voice over, providing voices to several video games, radio plays, and independent animations. She recorded the first two video game roles she ever booked out of her dormitory at Binghamton while completing her studies as a theater actor, often performing shows at night while scheduling recording sessions at her makeshift home studio in between classes during the day.

Tiana later broke into doing commercials for radio and television, both in English and Spanish, and worked regularly in the New York Metropolitan area as a professional voice actor. Her experience now includes commercials, corporate events, animation and video games.

Some of her notable credits include Seris in Paladins, Claire Temple and Firebird in Marvel Avengers Academy, and the iconic Amiri the Barbarian in Owlcat Games' Pathfinder: Kingmaker.