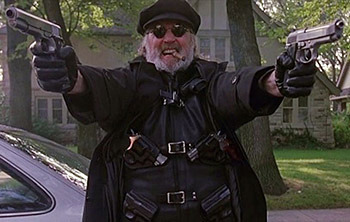 There was a FIREFIGHT!
Advertisement:

Someone allows their Badass Longcoat to flare open, revealing enough weaponry to outfit a small separatist uprising with enough to spare for opening a gun shop.