The hosts and combatants shown so far in DEATH BATTLE!. 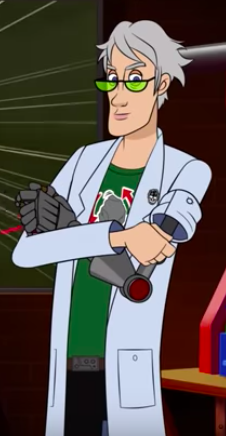 The totally sane expert.
His appearance in Seasons 5 to 6. 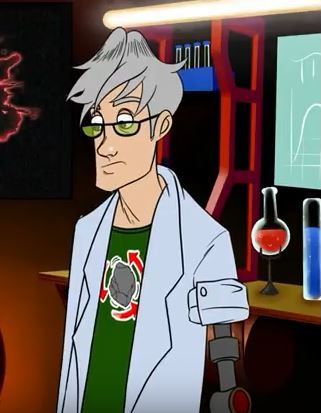 "It's our job to analyze their weapons, armor, and skills to find out who would win a Death Battle."
Voiced by: Ben Singer

One of the two Co-hosts of Death Battle, Wizard acts like the frontman of the duo. An intelligent, stoic individual, Wiz is usually the one to calculate the strength, speed, and experience of the combatants for the show. That being said, the earlier episodes of Death Battle makes it clear he is just as crazy, or crazier than Boomstick, like having dissected a "voluntary" Goomba, talking about the impracticality of baby launchers in all the wrong ways, and in minor cases, having a couple of pet peeves.

In the Spin-Off series "Death Race", he and Boomstick serve as commentators on the action of the races, leaving the pre-race and post-race announcements to Ringmaster. 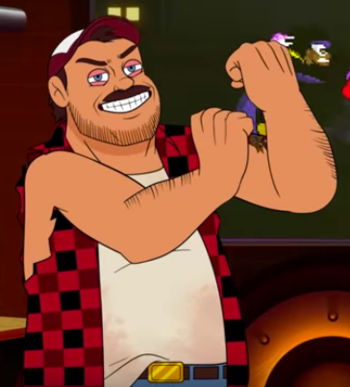 The other totally sane expert.
His appearance in Seasons 5 to 6. 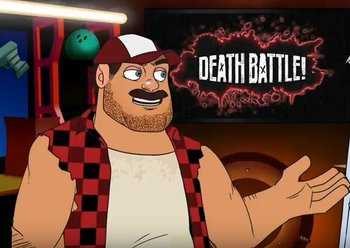 "It's time for a Death Battle!"
Voiced by: Chad James

The other Co-host of Death Battle, Boomstick is the wisecracker of the duo. A trigger-happy alcoholic, Boomstick tends to focus on his forte for the show, which is the weapons, armor, and other useful equipment of the combatants. That being said, Boomstick is far smarter than he seems, being knowledgeable on dinosaurs, making a surprisingly profound statement on Superman's disguise efforts, and having a degree in poultry science, among his wealth of knowledge on weaponry.

In the Spin-Off series "Death Race", he and Wiz serve as commentators on the action of the races, leaving the pre- and post-race announcements to Ringmaster.

Has a Self-Demonstrating page here 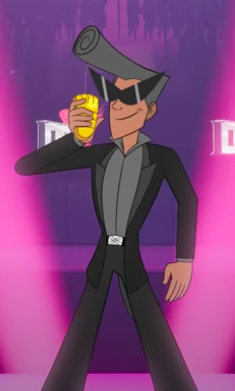 The totally sane announcer.
His appearance in Season 4. 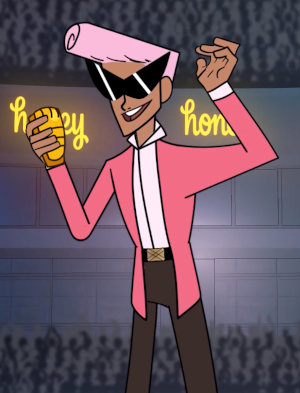 "Ladies and gentlemen, welcome to my arena where there's no rules, no research, only bloodshed!"
Voiced by: Billy Burson III

The host for DBX starting with Season 4 and Death Race. 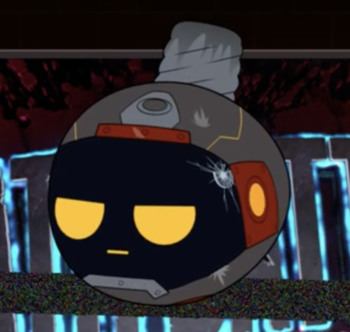 The disposable demonstrator.
"How may I be exploited today?"
Voiced by: Chris Demarais

A line of test robots Wiz designed to safely demonstrate abilities and weapons without killing either him or Boomstick. The full designation is "Disposable Unit for Meticulous Matchup Investigations". 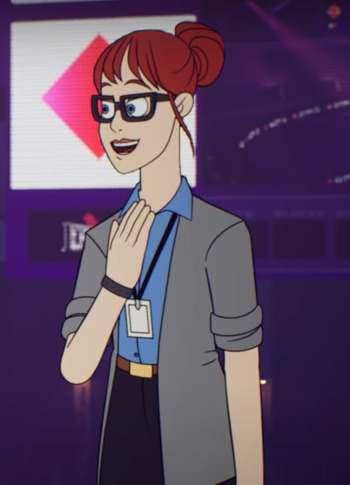 The actually sane underpaid intern.
Her appearance before DBX Season 6 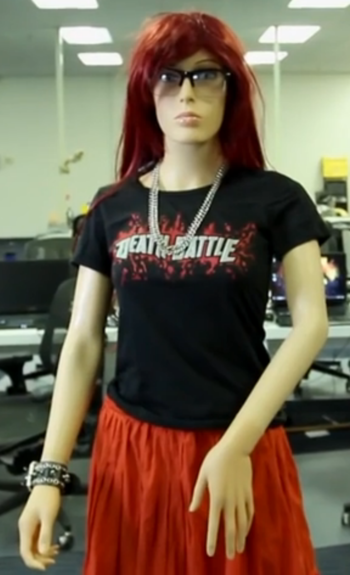 "Well, since I'm not getting anything else, I thought I might as well achieve some kind of internet notoriety!"
Voiced by: Lisa Foiles

Originally a poorly paid intern and the person responsible for doing most of the more obscure information on combatants, Jocelyn was given her own show by the two hosts of Death Battle as an alternative to actually paying her. Her show, The Desk of Death Battle, focuses on facts that have been discovered, but don't contribute in any way to the combatants' strengths and weaknesses in the main show, but are surprising or interesting or, more often than not, just plain weird enough to be an episode's topic. 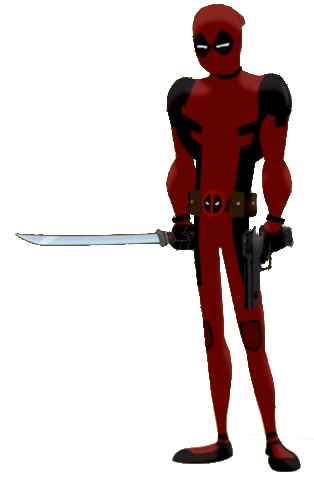 The Merc with a Mouth!
"Aw come on, buddy, you can't have a Death Battle season without Deadpool, right?"
Voiced by: Curtis Arnott

Marvel's popular fourth wall breaking merc. While he has appeared as a combatant, he has also appeared solely to annoy Wiz and Boomstick.

For tropes of his appearances as a combatant, look in the respectful seasons. 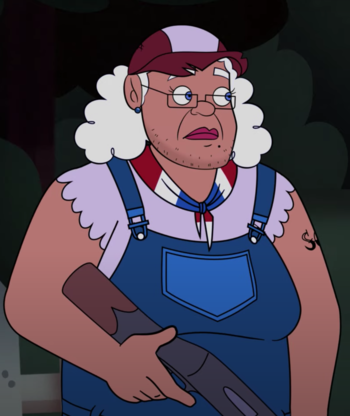 "Shit! Thought it was them goddamn squirrels!"
Voiced by: Barbara Dunkelman

Boomstick's mother. She proves to be just as trigger happy as him.