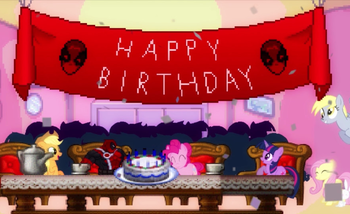 So much for the "Death" in "Death Battle".
Advertisement:

From a show called "Death Battle", most wouldn't be blamed for thinking this show having heartfelt moments is like finding a needle in a haystack given its nature. However, when it does happen, it's nothing short of sweet.