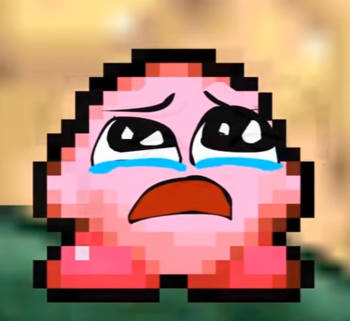 Not everybody faces death with dignity. Thankfully, Kirby was able to turn the tables.
Advertisement:

All "Moments" pages are Spoilers Off, so unmarked spoilers ahead!