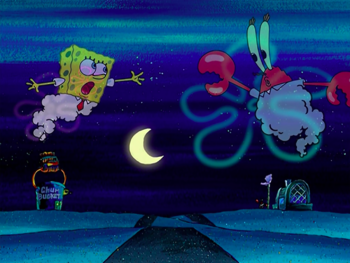 "This kitchen's not the same without you..."
Welcome to the Chum Bucket
Advertisement:

Mr. Krabs loses SpongeBob to Plankton in a game of cards, so now he must work at the Chum Bucket. While Plankton is initially ecstatic to finally have Mr. Krabs' ace-in-the-hole working for him, it doesn't take long for him to get fed up by SpongeBob's attitude.

Welcome to the Chum Bucket contains examples of... 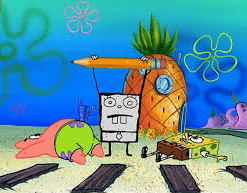 The one with Finland.

When an artist's pencil lands in Bikini Bottom, SpongeBob and Patrick realize the pencil has magical properties, causing whatever is drawn to become real. While using the pencil to play some pranks on Squidward, SpongeBob makes a doodle version of himself, which takes on a monstrous mind of its own.