Characters / Wakfu  Brotherhood of the Tofu

The Brotherhood of the Tofu 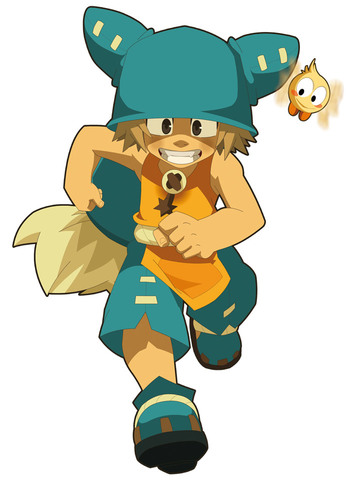 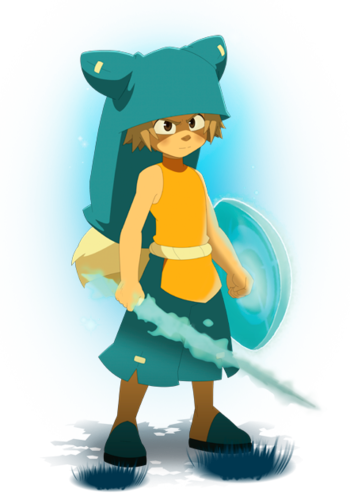 The hero of the series. Yugo is an Eliatrope, from a people capable of creating portals they can use to transport themselves or other objects across short distances, and who seem to be intimately connected to the world's history. Adventurous and kind-hearted almost to a fault, Yugo's quest to find out what happened to his people starts off the plot. 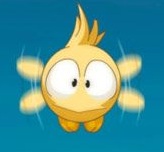 Yugo's pet Tofu and oftentimes comic relief. His feathers were enchanted by Grougaloragran to deliver some messages to Alibert and Yugo. 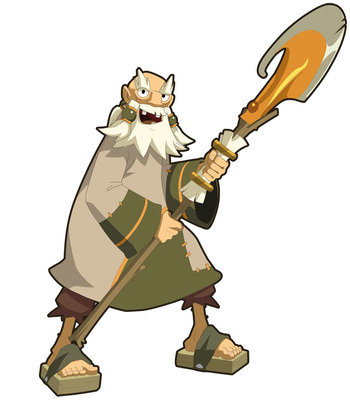 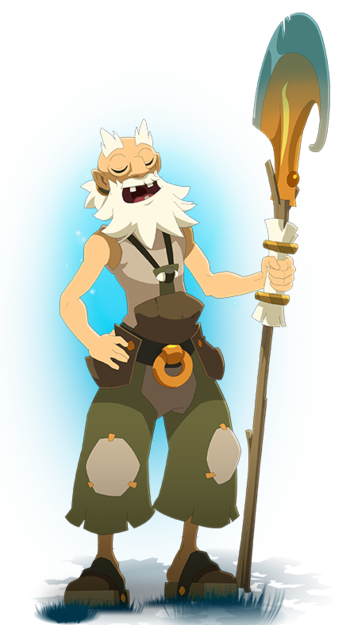 An Enutrof and old friend of Yugo's adoptive father, Ruel was told to set off with Yugo and keep him safe. Like most Enutrofs, getting Ruel to do anything that's not in his own (financial, especially) interest is an uphill battle, and his selfishness and greed often get him distracted. However, he's a seasoned fighter, and his knowledge of the world and its history is considerable. 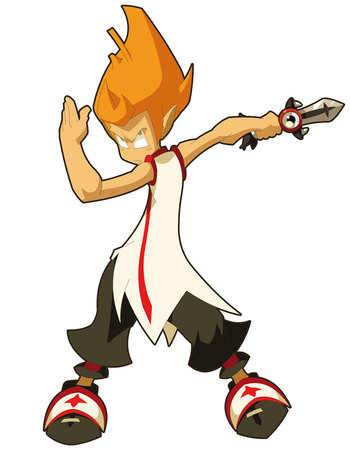 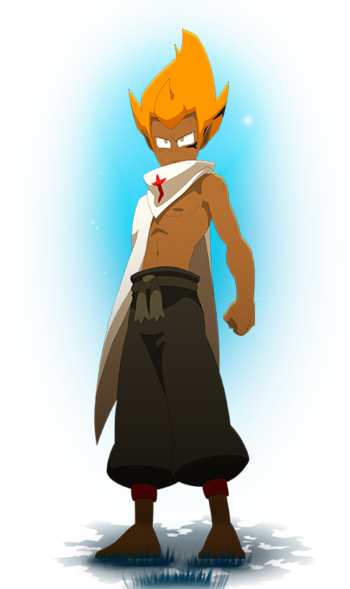 A Iop and Shushu Guardian, Sadlygrove first encountered Yugo while being possessed by the Shushu he was supposed to guard; after Yugo smacked him out of it, Sadlygrove swore a debt to him. He's a talented swordsman and a loyal ally, but he's also impulsive and sometimes arrogant, which often gets him into trouble. 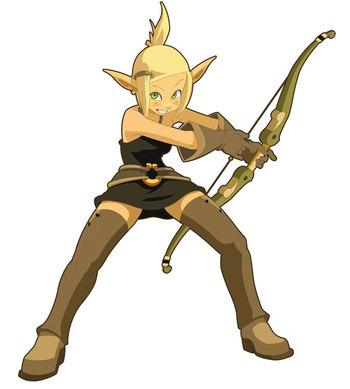 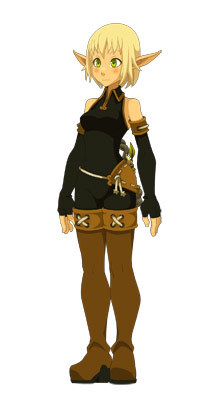 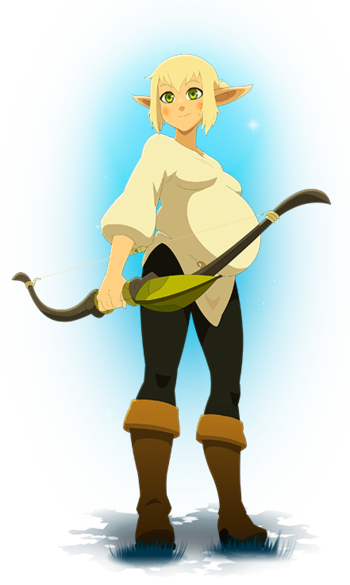 Amalia's long-suffering Crâ bodyguard and best friend, Evangelyne initially follows Yugo out of concern for Amalia, but soon becomes attached to the others as well. By far the most level-headed of the group, Eva helps keep her somewhat flighty compatriots grounded, and her archery is a force to be reckoned with. 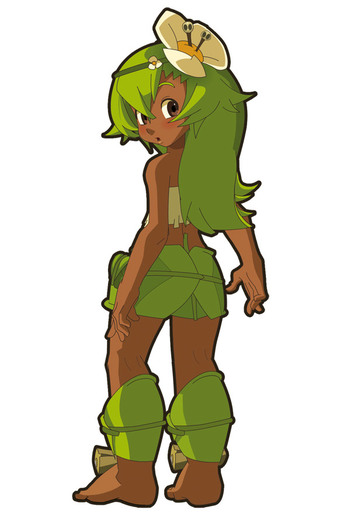 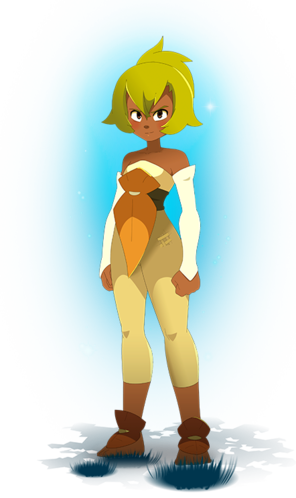 Amalia is the princess of the Sadidas, but isn't terribly fond of her royal duties and would much rather go out adventuring, often dragging a bemused Evangelyne in tow. Tagging along with Yugo mostly on a whim, she sometimes comes off as sheltered and immature, but won't hesitate to take responsibility when necessary. 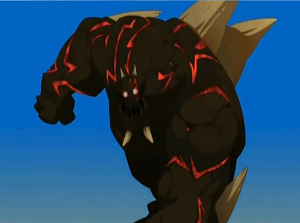 Sadlygrove's Shushu ward, Rubilax is the Shushu of Carnage, trapped inside a sword. When he actually contributes to a conversation, it's usually to tempt Sadlygrove into unleashing him so he can run amok; when sealed, he's just sort of a jerk, if desperately trying to cover up how much he actually cares. 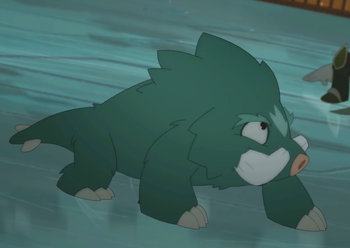 A young dhreller who becomes Ruel's familiar over the course of season 1. Despite the Enutrof's initial reluctance to adopt one again, after the loss of the first Kamasu-Tar, Ruel did eventually warm up to the tenacious little critter. 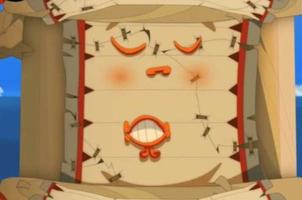 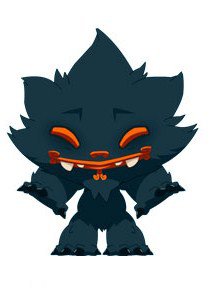 The Brotherhood's talking map; actually an imprisoned minor Shushu, and an all-around jerk. 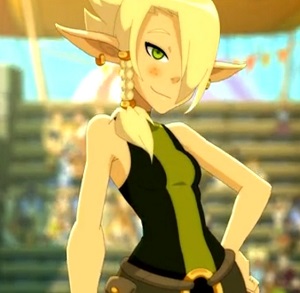 Evangelyne's rebellious younger sister, who defected from the Crâ ranks and took up wrestling. She joins the team after Eva is sent to find her. Contrary to other Crâs seen on the show, she prefers hand-to-hand combat, though she also uses a crossbow. Described as a troublemaker by both Eva and Amalia. 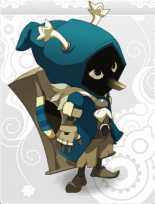 The emissary of Bonta in the Sadida Kingdom. One of the main characters of the Kerubim series, when he still was a child. He joins the group in the Manga. 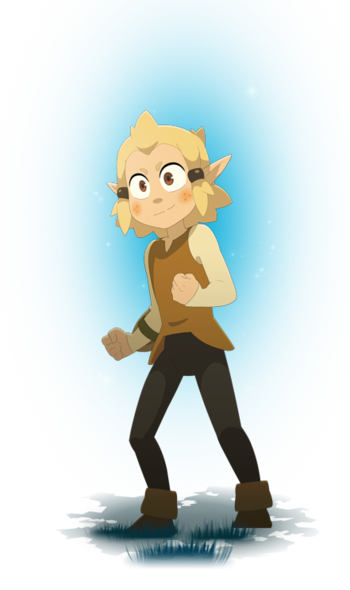 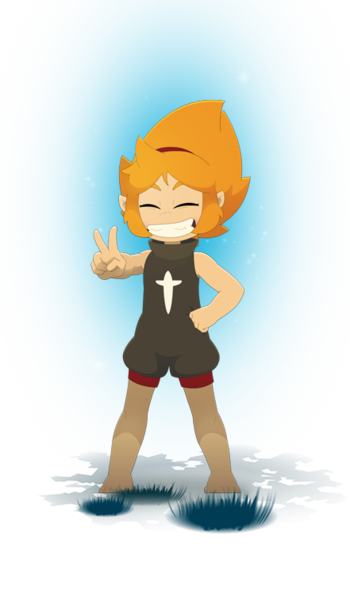 The twin kids of Sadlygrove and Evangeline. First appeared in the Wakfu Specials.

Click here to see his apperance in Season 3 (SPOILERS) 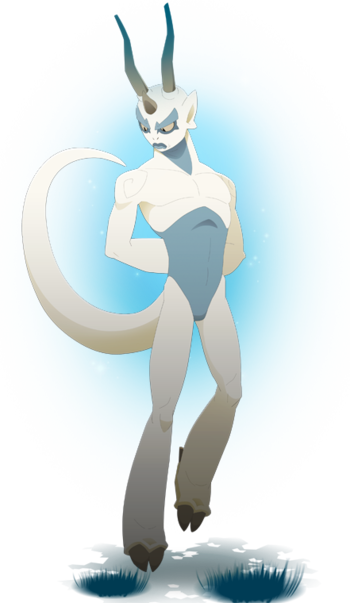 One of the world's last surviving Dragons and Yugo's brother, Adamaï formally joins the group halfway through the first season. As a Dragon, his powers are underdeveloped, but he's still a fairly skilled shapeshifter and manipulator of wakfu. Probably the most grounded member of the team besides Eva, and gets especially serious whenever the history of Dragons or Eliatropes is involved.