Characters of The Quintessential Quintuplets. 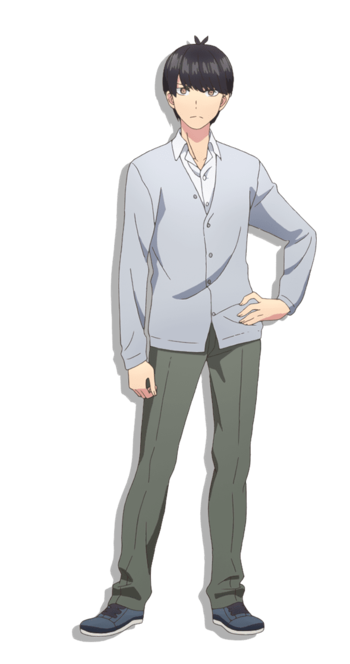 The male lead of the story. With a sister and father in perpetual poverty, Uesugi takes up a tutoring job in order to bring in more money for his family. Despite his blunt and harsh way of interacting, he ends up being the Nakano sisters' personal tutor. At some point in the future, he marries one of the quintuplets, but even though she is clearly shown, because they are identical, it's unknown which one of the five it is. 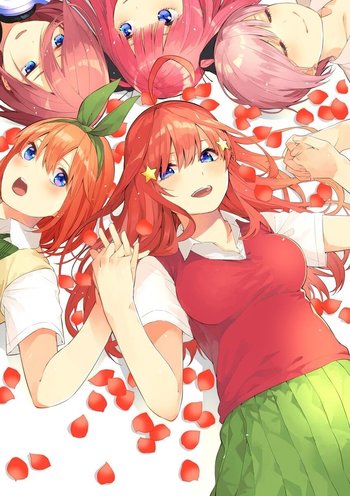 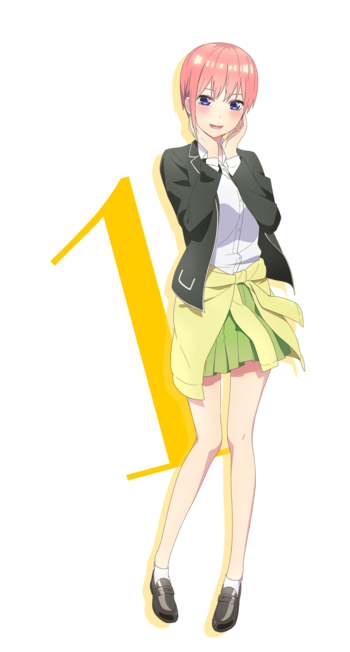 The eldest daughter. She aims to become an actress. She tends to tease Fuutarou frequently and is the third to accept him as the quintuplets' official tutor. 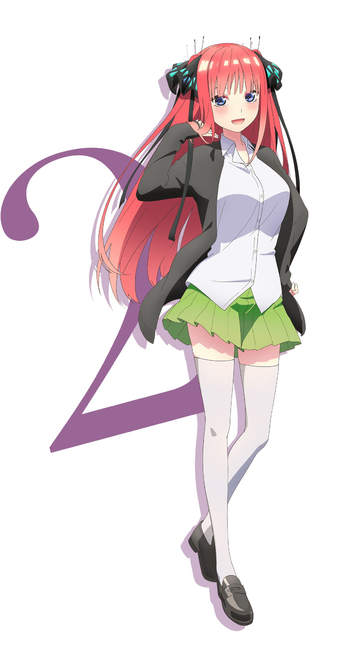 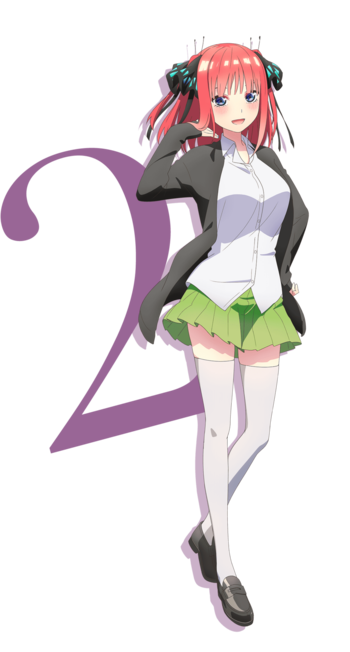 The second eldest daughter. Good at housework and very social. Abrasive and resistant to Fuutarou due to his sudden insertion into her's and her family's lives and is the last to accept him as the quintuplets' official tutor. 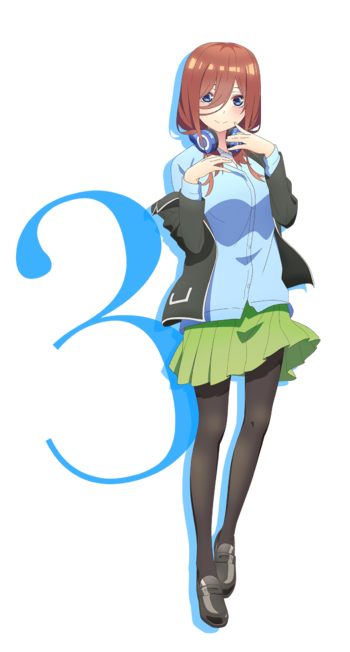 The middle daughter. The most quiet and submissive of the quintuplets. Loves studying history thanks to the games she plays and is the second to accept Fuutarou as the quintuplets' official tutor. 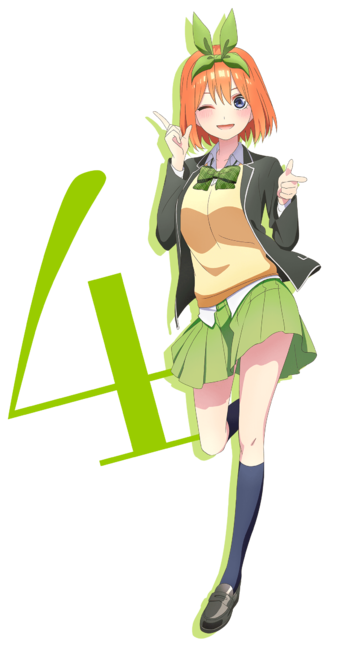 The second youngest daughter. A very helpful girl, but reluctant to really say what she wants. The first to accept Uesugi as a tutor, she does so without any problems. 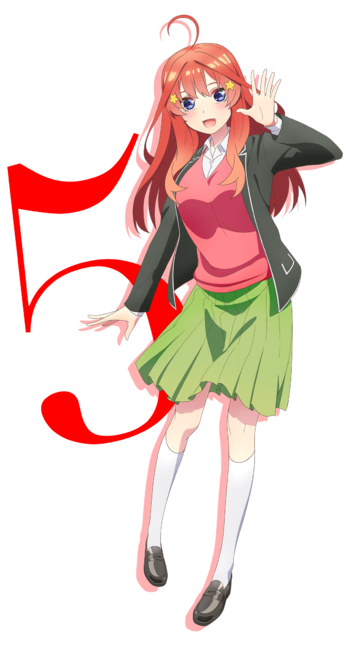 The youngest daughter. The most serious and straightforward of the quintuplets. She was the first sister to meet Fuutarou, though the two get off to a rough start, being the fourth to accept him as the quintuplets' official tutor. She aims to become a teacher. 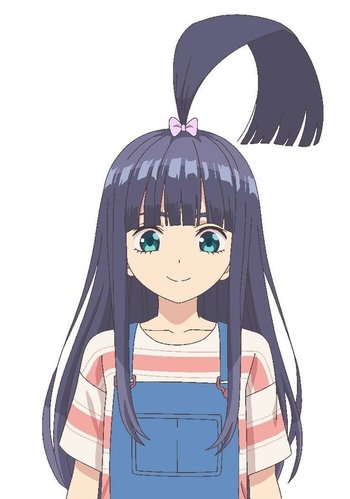 Fuutarou's little sister. A kind and cheerful young girl adored by the rest of the cast. 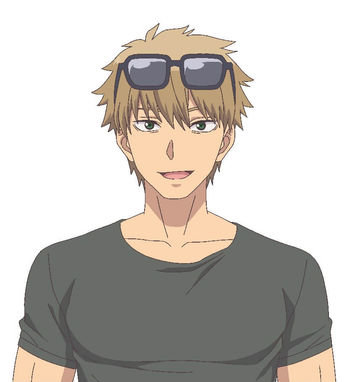 Fuutarou and Raiha's father. He is often absent at home due to the fact that he needs to work long hours to support his children. 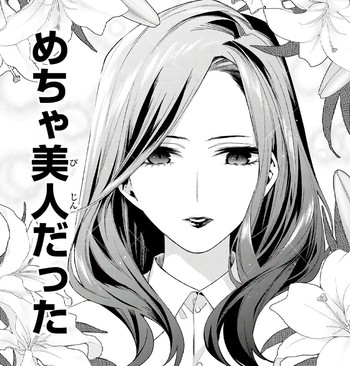 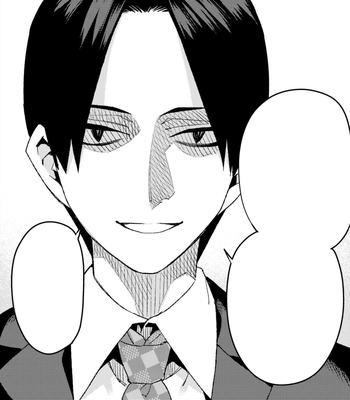 The Nakano quintuplets' stepfather, who married their mother and was left with custody of them after her death. He kickstarts the plot by hiring Fuutarou to tutor the quintuplets. 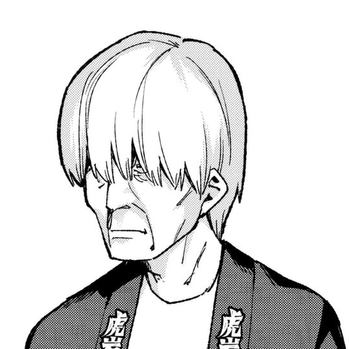 The Nakano quintuplets' maternal grandfather, he is introduced in the Scrambled Eggs arc as the innkeeper of the ryokan that the Uesugi and Nakano families visit for spring vacation. 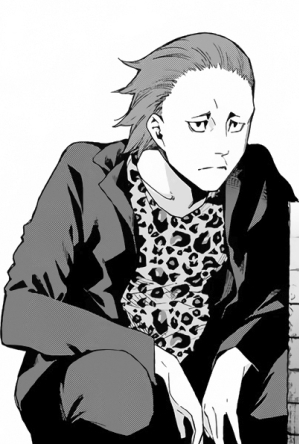 A student in Ichika's class during their second year. He joins Fuutarou and the others in class 3-1 in their third year. 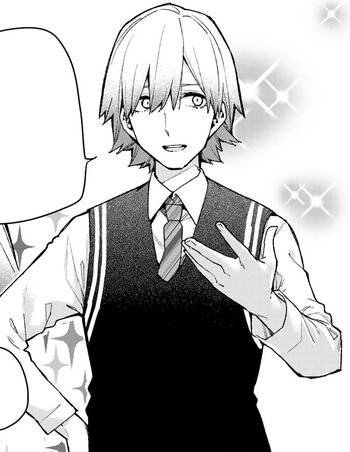 A popular student in Fuutarou and the quintuplets' grade. He considers himself Fuutarou's academic rival. 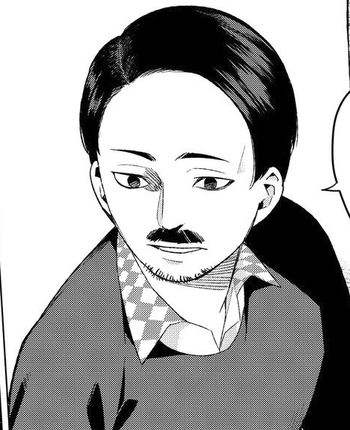 Ichika's manager, who owns a small firm to produce films, and managed to land her a few roles before her debut. 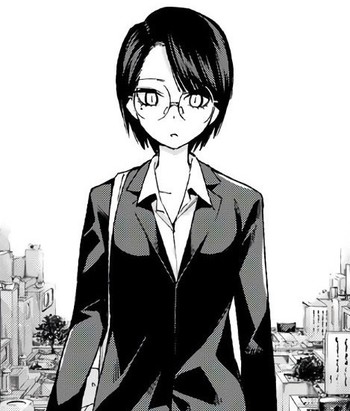 A former student of Rena Nakano during her 2nd year of senior high school. She is currently a cram school lecturer.

A former classmate of Fuutarou.

The Girl from the Photo (SPOILERS!)

The girl Fuutarou met in Kyoto as a child. They had both promised to become smart enough to get good jobs to support their poor families. In actuality, the girl was Yotsuba but Itsuki is the one who is disguised as her in present day at the former's request.
Minor Characters

Maruo Nakano's secretary, and occasionally driver of the Nakano Quintuplets. Has a professional history as a school teacher.

The captain of the basketball club in Asahiyama High, who tried to recruit Yotsuba full-time for her ranks after she helped them in a match, but accepted her refusal.

Third-year student and captain of the track club in Asahiyama High. She went to great lenghts to keep Yotsuba in her ranks for competitions, appealing to her habit of never refusing to help those in need.

A girl Maeda invited during the courage test. The two would eventually get together during the bonfire dance and marry sometime before Fuutarou's wedding.

Nino's friends, who are often seen hanging out with her at school.

Oda's daughter, who Fuutarou and the quintuplets need to babysit at one point.

A group of elementary schoolkids who accompanied Fuutarou during his fateful school trip to Kyoto.

The manager of a small pastry shop where Fuutarou (and later Nino) decides to work at after quitting his tutor job.

The manager of another pastry shop that rivals Revival, who later hires Miku part-time.

A football (soccer) coach, for whose team the quintuplets played for as children.