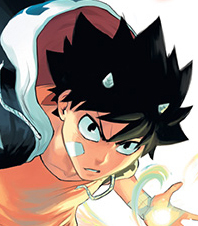 The protagonist, a reckless teenager infected by a Nemesis back when he was a child, which gave him a pair of small horns. His goal is to find the Radiant, the source of all Nemesis, to destroy it and end the infected's suffering. 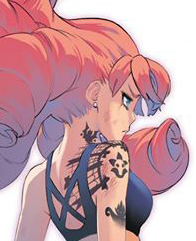 A kind and polite young woman, specialized in magic traps, who lives in the Artemis Institute. Problem is, her infection causes brutal and unpredictable personality changes that turn her into an aggressive and spiteful girl. She's always accompanied by a small, flying, horned creature she calls Mr. Boobrie. 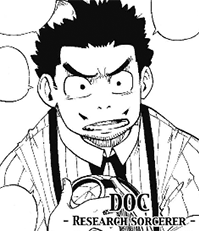 A researcher from the Artemis who doesn't use magic but makes a living by cleaning up and selling the remains of dead Nemesis. He also works as Mélie's informant, but he's terrible at it according to her. 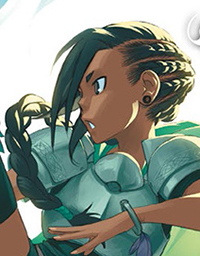 An aspiring Magic Knight who brings trouble to herself more often than she'd like due to her rather hot-blooded temper. She rides a giant flying raccoon called Draccoon. 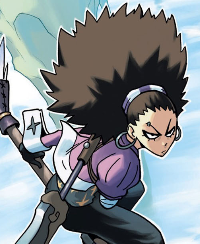 Seth's mentor and adoptive mother, who has no memories of her life before meeting with him. Her infection gives her frequent headaches, which partly explains her perpetually annoyed expression. 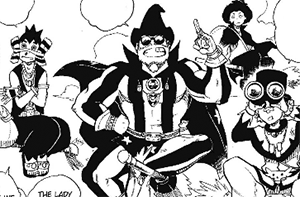 Crook sorcerers who pretend to come to fight the Nemesis but actually take advantage of the chaos to steal money and treasures in various towns. After being captured by Alma, two of them escape, but Don Bossman and Jiji become her devoted assistants. 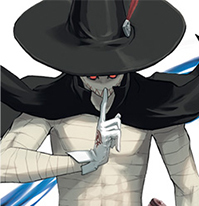 A bandaged man who often crosses paths with the protagonists and occasionally helps them, while seemingly pursuing his own mysterious goals. 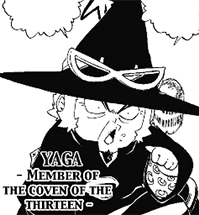 A famous sorcerer, member of the Coven of the Thirteen and an acquaintance of Alma. The latter wants him to teach the magic arts to Seth. 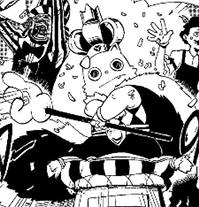 A yellow cat who is also the leader of the Artemis Institute. He's also quite the trickster and will make the sorcerers pay money for the most absurd things. 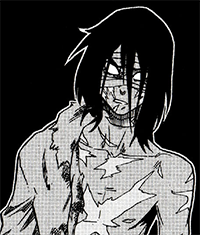 A man who hides deep inside the walls of Caislean Merlin and seems terrified of Piodon. He uses a magic device to summon "Spectrums", giant projections of anything inside the device, that the Magic Knights take for actual Nemesis. 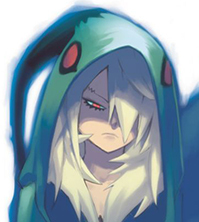 A Domitor Witch who can control a horde of Nemesis with her magic and has sworn to destroy Rumble Town. 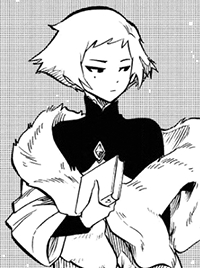 A Domitor who disguises as an ordinary assistant on a zeppelin headed for Bome (where the Inquisition's headquarters are). She uses a book to capture her targets. 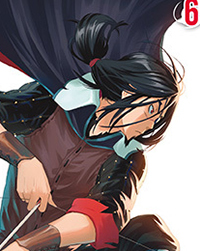 Inquisitor Captain in charge of the Pompo Hills region, he's loyal but can be a bit of a wild card. He fights with a bow and has nigh-superhuman eyesight despite missing one eye. His missions will lead him to crossing paths with Seth and co. several times. 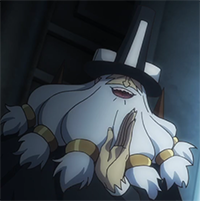 Inquisitor Colonel, and the oldest of the Thaumaturges, who can materialize a huge spectral version of himself. He's fond of recounting his many exploits. 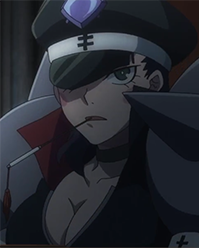 Inquisitor Captain, who used to work under Dragunov before she became a Thaumaturge. She's a harsh woman but still has a deep respect for her former superior. 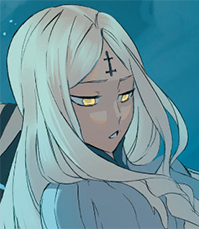 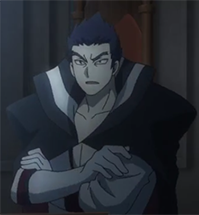 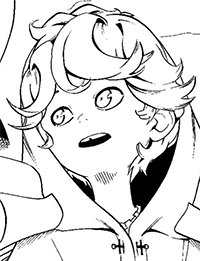 Prince of the Convictis kingdom, he's a Thaumaturge despite still being a child, and is rather intelligent. 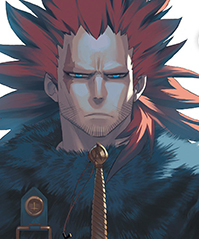 Inquisitor General who helms the Thaumaturges. He seeks to perpetuate the will of the "Patrem Inquisitor" and rid the world of sorcerers. 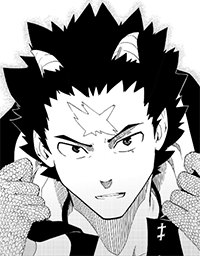 Claims to be Seth's older brother, despite Seth himself having never heard of him. He's a sorcerer, yet seems to work with the Inquisitor General Torque. 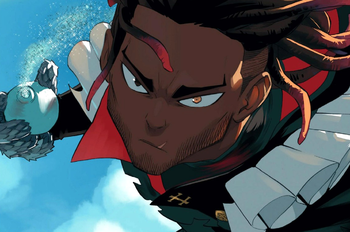 Adriel is a fellow Conversos like Piodon, a sorceror granted the privilege of serving in the Inquisition. 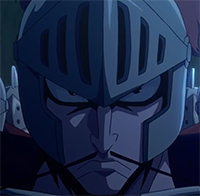 Formerly a subordinate of Dragunov, he's now Captain of the Inquisitors in Rumble Town. He mostly hates two things: infected people and foreign refugees who "soil" the island. 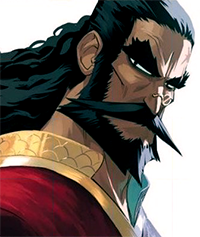 An Inquisitor General like Torque, who came from the Great South, a region struck by many disasters in recent times. 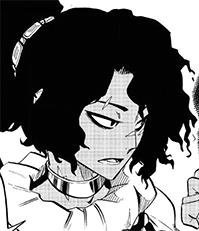 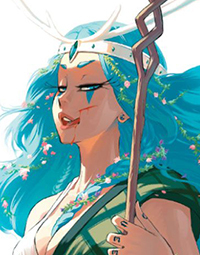 Queen of Cyfandir, a kingdom where the infected can live without fear of the Inquisition. She's a gigantic woman who has the strength to go with it… as well as the ego. 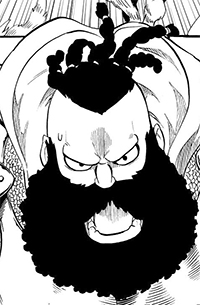 The leader of the Magic Knights, who's as devoted to his Queen as he's demanding to his subordinates. 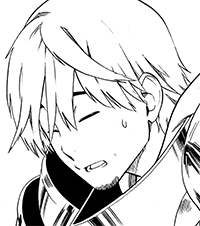 Childhood friend of Ocoho and an aspiring Magic Knight like her. Considered one of the most promising of his generation. 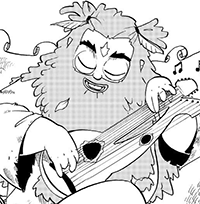 An excentric man who hangs around Caislean Merlin, Cyfandir's capital, and has become rather infamous for his bad hygiene and bawdy songs. He wears a human-shaped beard with underpants. Because. 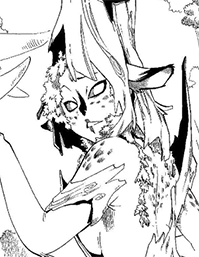 Myr's wife, she's a sentient tree who holds tremendous magic power and made their forest isolated from time and from humans. 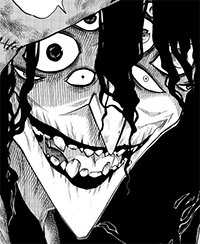 The "big sister" of the Mesnie, she's an inhuman monster who targets the infected to eat certain types of infections.