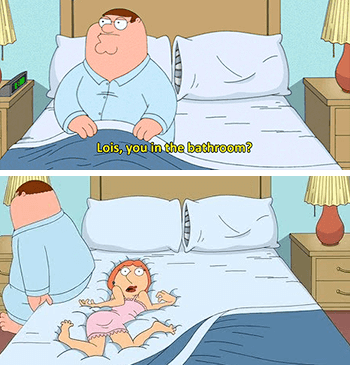 Yeowch, now that must hurt.
Advertisement:

While two or more people are sleeping, a big character sometimes rolls and turns. And even crushing someone else. Mostly done in cartoons. A variation is when someone sleeps with another in one bed (not "necessarily" romantically), and they get kicked in the face (or drop-kicked in the stomach, hugged tightly, etc.) by the other who moves a lot when asleep - this is a variation of this trope.